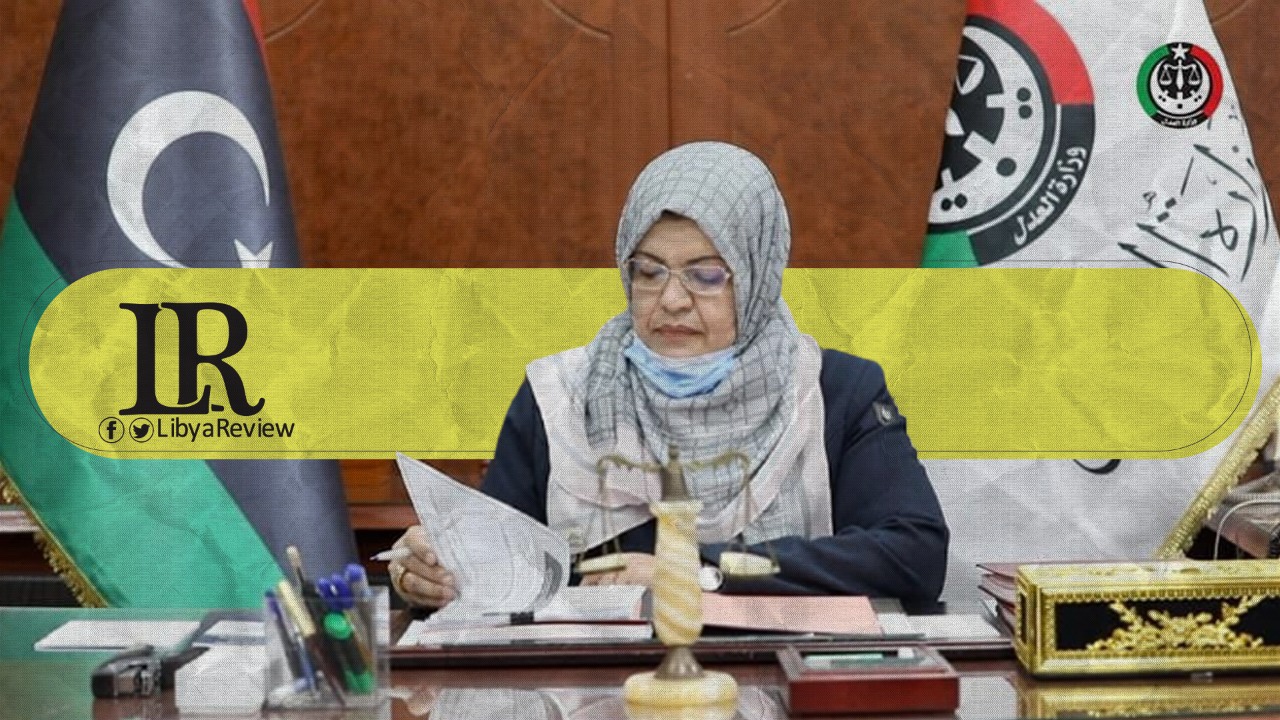 On Wednesday, Minister of Justice of the Government of National Unity (GNU), Halima Ibrahim Abdel-Rahman officially assumed the duties of the Ministry.

Abdel-Rahman also obtained a master’s degree in law from the Libyan Academy for Postgraduate Studies. She then moved to the Libyan judiciary and worked as a judge in several departments, until she headed an appellate circuit in the Court of First Instance.

Last week, Prime Minister of the GNU Abdel-Hamid Dbaiba won the Libyan Parliament’s vote of confidence with a majority of 132 votes.