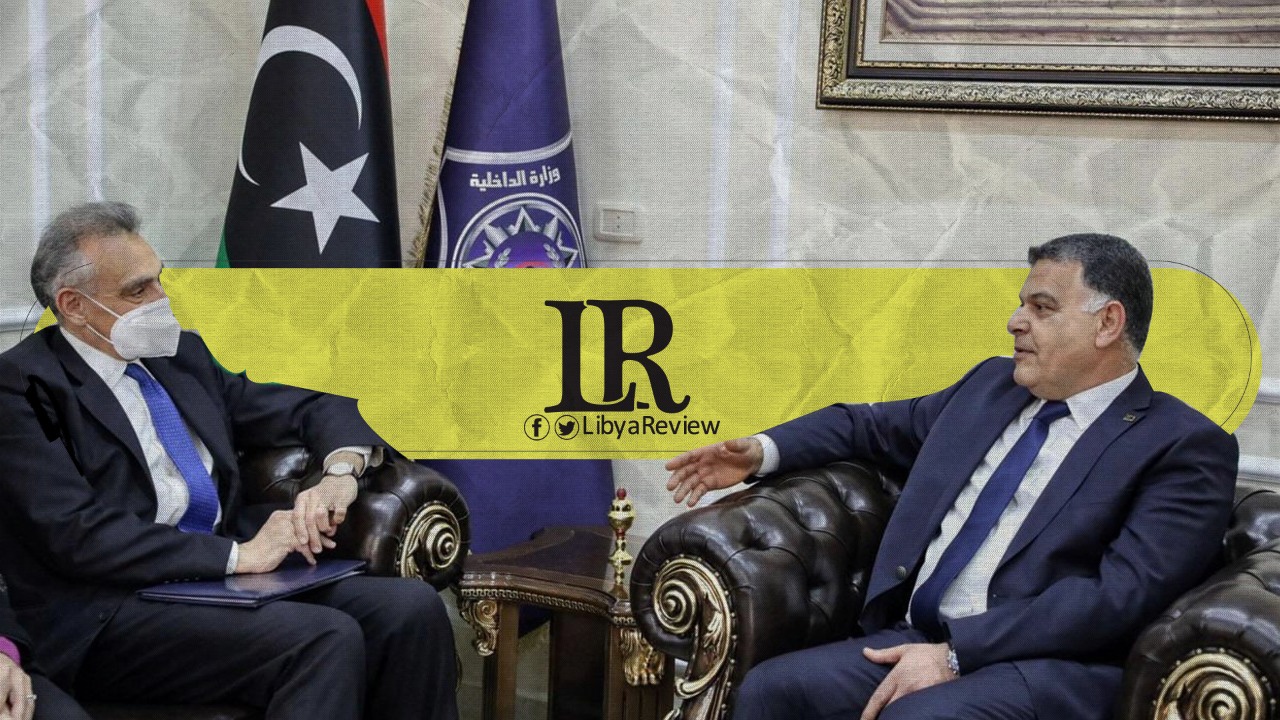 Libya’s Interior Minister of the Government of National Unity (GNU), Khaled Mazen held a meeting with the Italian Ambassador to Libya, Giuseppe Buccino to discuss enhancing cooperation between the two countries.

During the meeting held in Tripoli, the Italian diplomat voiced his desire to cooperate with the Libyan authorities in combating illegal immigration, launching training and rehabilitation programs and supporting the Interior Ministry’s efforts in monitoring land, air, and seaports.

He added that the meeting aims to strengthen the bonds of cooperation between Libya and Italy, especially in the security field. Buccino also congratulated the Interior Minister for assuming his duties, and wished him success in his mission to establish security in Libya.

Mazen appreciated the Italian role in pushing for an end to the crisis, in addition to its support to the GNU, as it prepares for the December elections.

Prior to the interim government, Libya was divided between two rival administrations – one based in Tripoli and the other based in the eastern city of Tobruk.