Al-Mnifi Calls on Turkey to Withdraw Mercenaries From Libya 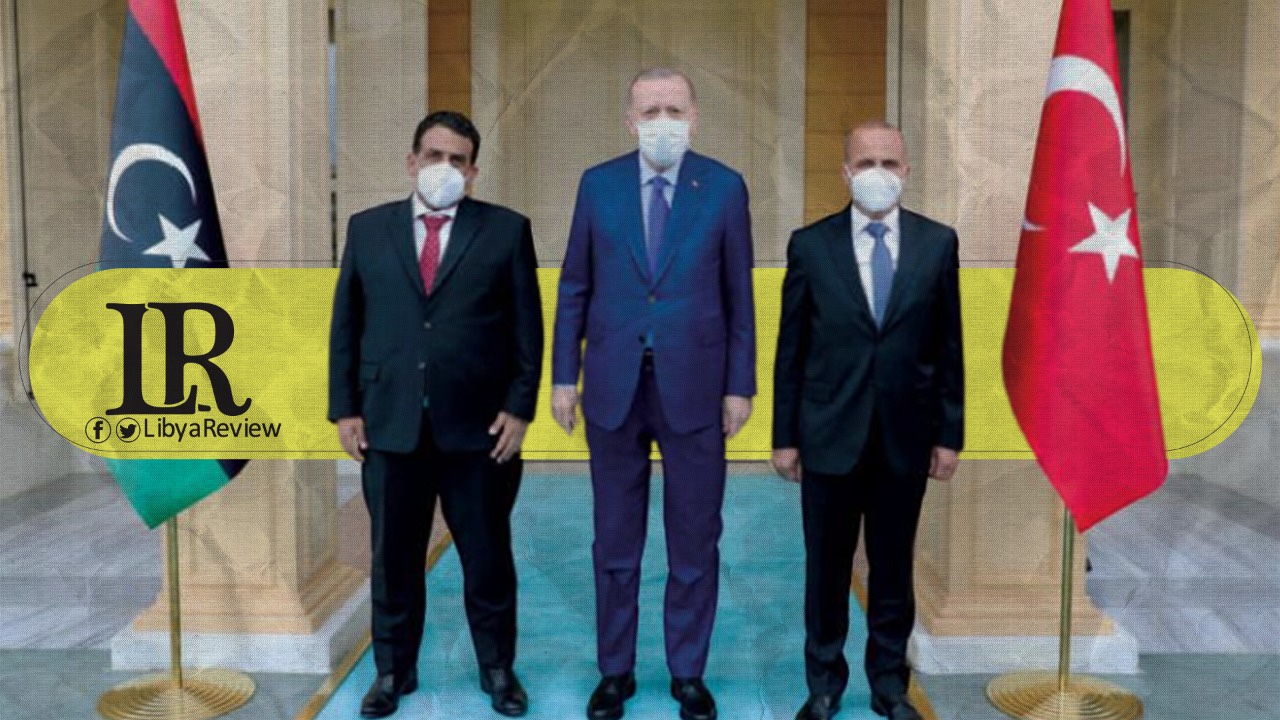 On Sunday, French Radio reported that the Head of Libya’s Presidential Council Mohamed Al-Mnifi had presented an official request to Turkish President Recep Tayyip Erdogan, calling on him to withdraw all Syrian mercenaries and Turkish military experts from Tripoli.

On Friday, Al-Mnifi was on an official visit to Turkey, where he met with Erdogan to discuss bilateral relations between Libya and Turkey.

Al-Mnifi was invited by President Erdogan, his first visit to the country since assuming his position at the helm of the Presidential Council, which will run the country until elections are held in December.

Erdogan expressed his support for the new Government of National Unity (GNU), in its goal of achieving stability in Libya.

Turkey has begun to yield to international pressure and started to pull out the Syrian mercenaries it had brought to Libya to prop up the Government of National Unity (GNA), during its battle against the Libyan National Army (LNA) in 2019. Ankara has so far withdrawn some 120 Syrians, with more expected to follow.

Al-Mnifi had visited Cairo on Thursday, where he held talks with President Abdel-Fatah El-Sisi, who underscored Egypt’s support for the new interim executive authority.

In 2019, Ankara signed a maritime demarcation agreement with the GNA in the eastern Mediterranean, and a military cooperation accord under which Turkey sent military advisers and trainers to Tripoli, alongside thousands of foreign mercenaries.