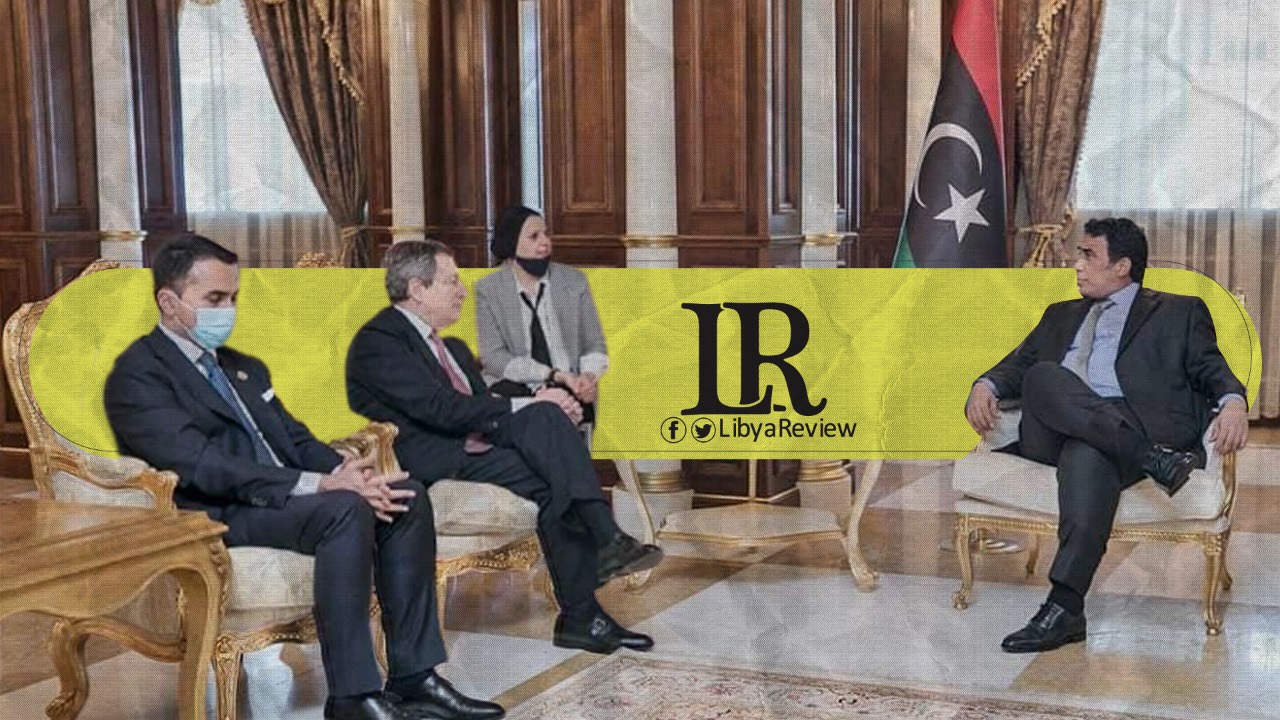 Draghi met Al-Mnifi at the Crown Prince’s Palace in Tripoli, where they also discussed cooperation in the field of infrastructure and oil. This was in addition to opening the air space between Libya and Italy as soon as possible.

The meeting was attended by Libya’s Minister of Foreign Affairs, Najla Al-Mangoush and her Italian counterpart, Luigi Di Maio.

The 2008 treaty was signed by former Italian Prime Minister Silvio Berlusconi, and Muammar Gaddafi. It was suspended in February 2011 after the Libyan revolution.

The treaty provides for Italian investments in Libya worth five billion dollars as compensation for its colonisation of the country. In return, Libya pledged to limit migration from its coasts, and accepting the return of migrants to Libya after their departure, a matter that has been condemned by human rights defenders.