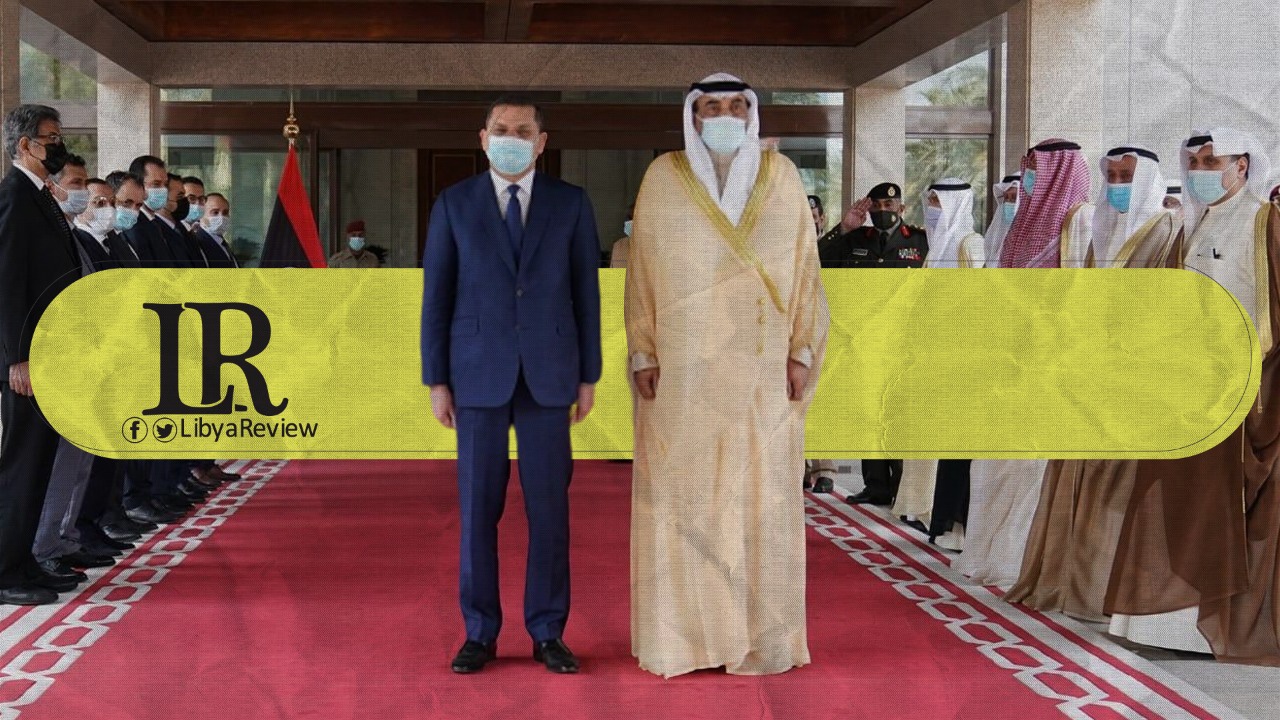 The Emir of Kuwait, Sheikh Nawaf Al-Ahmad Al-Jaber Al-Sabah received the Prime Minister of the Libyan Government of National Unity (GNU), Abdel-Hamid Dbaiba and his accompanying delegation at the Al-Bayan Palace.

No further details were provided by the official Kuwaiti news agency about the meeting.

Mohamed Hamouda, Spokesman of the GNU said that Dbaiba’s visit to Kuwait “comes as part of the Prime Minister’s efforts to unify the Gulf position regarding Libya, and to strengthen the relationship with all Gulf states on the basis of mutual respect.”

According to the Al-Arabiya TV channel, the PM is also expected to visit the United Arab Emirates (UAE), and Saudi Arabia as part of his tour.

Libya has recently witnessed positive developments following a breakthrough in which rival parties agreed to elect an interim government to lead the country until general elections set for 24 December, 2021.

Last month, the Libyan Parliament granted a vote of confidence to Dbaiba’s government with 132 votes of the 133 lawmakers who attended the session.

Libyans hope the new government will end years of civil war that have engulfed the country since the ouster and killing of long-time leader Muammar Gaddafi in 2011.