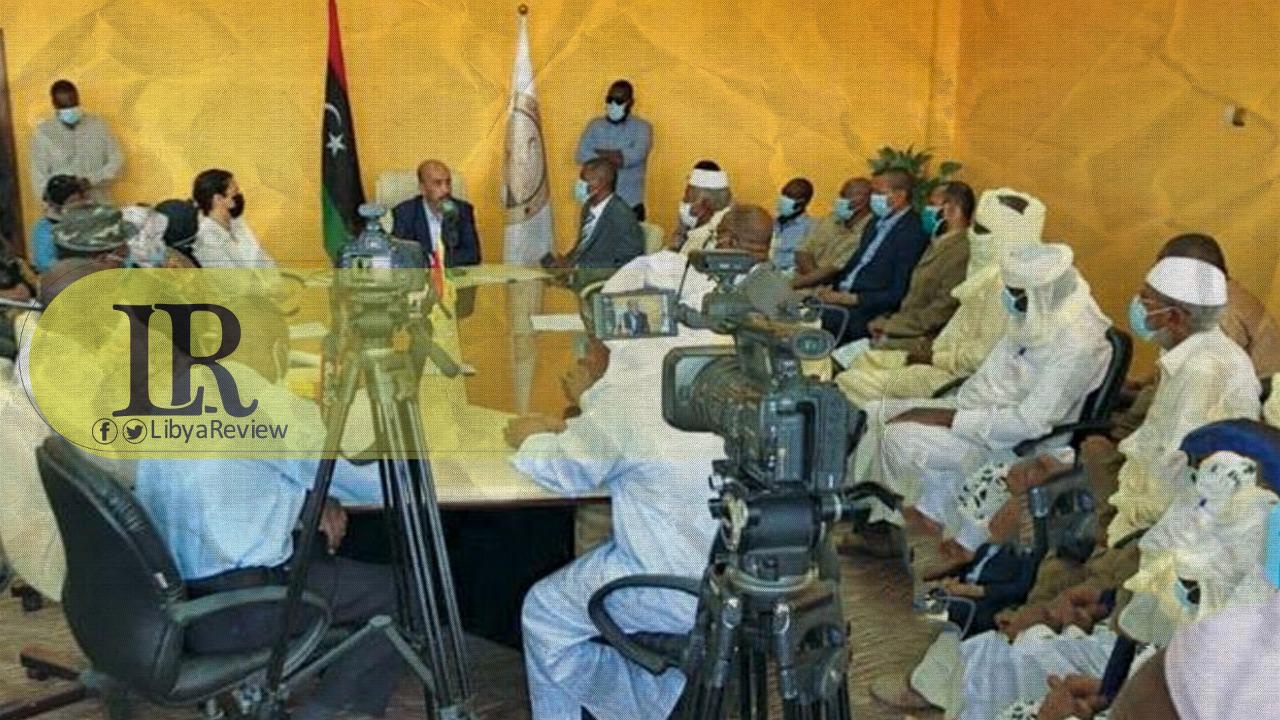 On Sunday, the Deputy Head of Libya’s Presidential Council, Musa Al-Koni, and the Minister of Foreign Affairs and International Cooperation, Najla Al-Mangoush, held talks with a number of military and security leaders and local officials in Ghat city to discuss unifying the army and securing the southern borders.

Earlier today, Al-Koni and Al-Mangoush arrived at Ghat Civilian Airport, where they were received by the city’s mayor and a number of local and military officials. They discussed the Presidential Council and the Government of National Unity (GNU)’s efforts to unify the military institution and securing the southern borders of Libya.

On Saturday, the Deputy Head of Libya’s Presidential Council met with mayors of the southern municipalities in the Ubari municipality. The meeting dealt with reviewing the needs of the citizens, and the living and service conditions in the South of Libya.

The visit comes in conjunction with a similar tour initiated by the Minister of Foreign Affairs and International Cooperation in the southern region.

During the visit, Al-Koni stressed the Presidential Council’s keenness to communicate with the people in the region and listen to their demands, in a way that supports the work to achieve the benefits of the phase.

“We have accomplished a lot in the file of unifying state institutions and we are working on the unification of the military and financial institutions,” he said in a press conference held in Tripoli, before heading to the South.

He has called on Parliament to expedite the approval of the 2021 state’s general budget, “to allow the GNU to carry out its tasks.” He affirmed the importance of holding the general elections as scheduled for December 24th, saying it is the “supreme goal that we all strive for.”