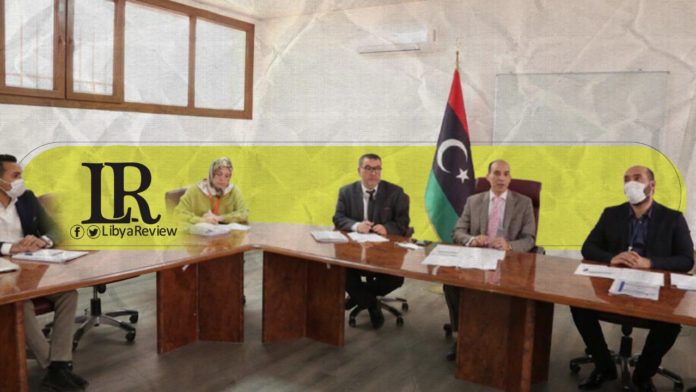 In preparation for the 24 December elections, a meeting of the joint committee between the Libyan High National Elections Commission (HNEC), and the Civil Society Commission convened in Tripoli on Sunday to discuss the monitoring of the elections.

The meeting was attended by HNEC Director General, Yahya Al-Jadid, Executive Director of Civil Society Commission, Ibrahim Al-Maqsabi, and a number of specialists.

The meeting is being held at the HNEC headquarters, and set to last for three days. During the meeting, Al-Jadid referred to the role of civil society institutions as a key partner of HNEC in awareness-raising and monitoring operations.

Al-Muqsabi pointed out the importance of a national project that includes a coalition of civil society institutions according to an organised and trained framework, that would undertake the electoral monitoring process in all polling stations.

Days ago, Chairman of Libya’s High National Elections Commission (HNEC), Emad Al-Din Al-Sayeh said that the calls for a referendum to be held on the constitution, are just an attempt to delay and obstruct the upcoming December elections.

Al-Sayeh indicated that a political decision regarding the holding of the elections on time has not been decided yet, given that the positions of the political parties remain ambiguous. He also alleged that a number of unnamed countries were working with their allies inside Libya to obstruct this process, to protect their interests.

Al-Sayeh added that HNEC was reliant on a budget provided by the previous government, amounting to 50 million dinars. He warned that this budget does not guarantee the elections will be held as scheduled for 24 December.