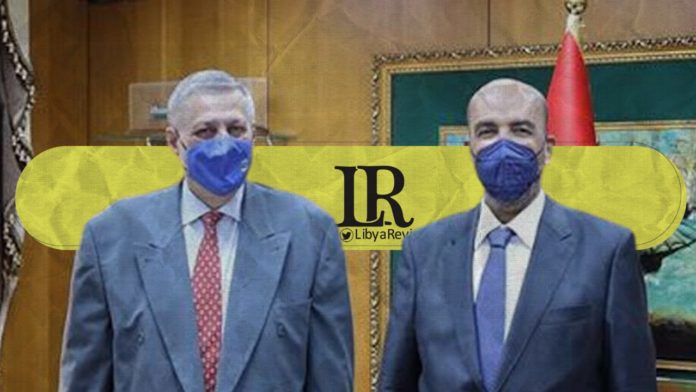 Deputy Head of Libya’s Presidential Council, Moussa Al-Koni met with Head of the United Nation Support Mission in Libyan (UNSMIL), Jan Kubis on Tuesday. The meeting dealt with the latest developments related to the Libyan Political Dialogue Forum (LPDF), and the constitutional basis for the upcoming elections.

The two sides also discussed ways to move forward with the national reconciliation program, “as a way to promote civil peace, and peaceful coexistence among the people”

Al-Koni stressed the commitment of the Presidential Council in achieving a comprehensive national reconciliation program, within a specific time frame. He called on the LPDF to agree on a constitutional basis that would guarantee free and fair elections.

Kubis stressed the importance of focusing on holding the December elections, and continuing to work on achieving real national reconciliation.

In February, the LPDF members appointed Al-Koni as Deputy Head of the interim Presidential Council in a UN-brokered peace process. They elected Mohamed Al-Mnifi as the Head of the Council, as well as appointing Abdel-Hamid Dbaiba as the Prime Minister of the Government of National Unity (GNU). The interim authorities are to lead the country until general elections set for 24 December 2021.