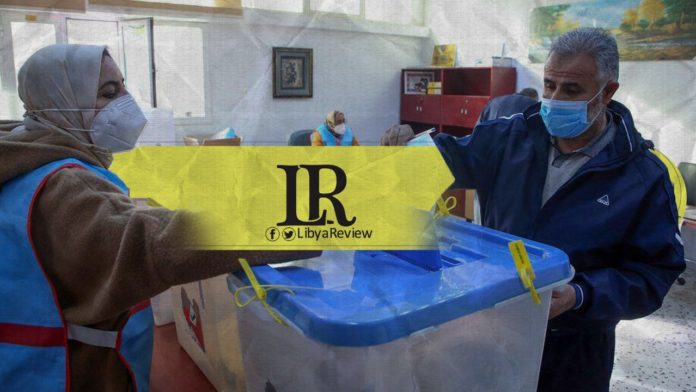 At the UN-backed Libyan Political Dialogue Forum (LPDF) sessions, Libyan parties elected the Government of National Unity (GNU), and the Presidential Council to lead the country for a transitional period, until elections planned for 24 December 2021. It is believed that the Muslim Brotherhood (MB) is seeking to prevent these elections from taking place.

Many explanations can be put forward for the Brotherhood’s refusal to hold the elections in December; the most important of which is the collapse of their support base in the Libyan (political) street. After a war that extended for years to gain power, the leaders of the organisation in Libya have lost many of their allies, and Turkish influence has begun to diminish in Libya.

Another explanation can be understood that the MB hopes to keep the situation as is; with foreign mercenaries present and taking orders from Ankara, armed militias that are willing to commit crimes for money throughout western Libya, and continuous external interference in Libyan affairs.

The High Council of State (HCS) in Libya is deemed as a Brotherhood-aligned group with a political front, seeking to control the country. The HCS was, and still is an obstacle to any important and decisive political steps that need to be taken by Libya, since its formation.

The HCS denounced statements made by Libyan Foreign Minister, Najla Al-Manqoush that called for all foreign forces to be removed from the country. Members of HCS verbally attacked and denounced the minister, and demanded she resign. Several militias loyal to the MB, attacked a government hotel being used as the headquarters of the Presidential Council, looking for Al-Mangoush.

Recently, the HCS has attempted to disrupt the elections by demanding a constitutional referendum be held before the elections take place. The Chairman of the High National Elections Commission (HNEC), said that should a referendum take place, it would mean with certainty that the elections would have to be postponed.

Abdel-Razzaq Al-Aradi, a prominent leader in the Muslim Brotherhood and one of the founders of the Justice and Construction Party, expressed his refusal to hold the Libyan elections on time, saying that holding elections is not permissible as the constitution “has problems.” He suggested holding the parliamentary elections, with the Speaker assuming the powers of Libya’s President.

On Wednesday, Abdel-Rahman Swehli, the former head of the HCS, announced his refusal to hold the elections on time, describing the LPDF session that took place on Tuesday as “emotional, and included a populist discourse.” He noted that holding elections at the present time would represent a danger to Libya, and accused the UN mission of bias towards holding direct elections.

Mansour Al-Hasadi, another member of the High Council of State and a member of the Muslim Brotherhood in Libya, demanded that the presidential elections not be discussed in the current period, as it remained too early, and must be preceded by holding a referendum on the constitution. He accused some countries of pushing towards conducting presidential elections by the end of this year.