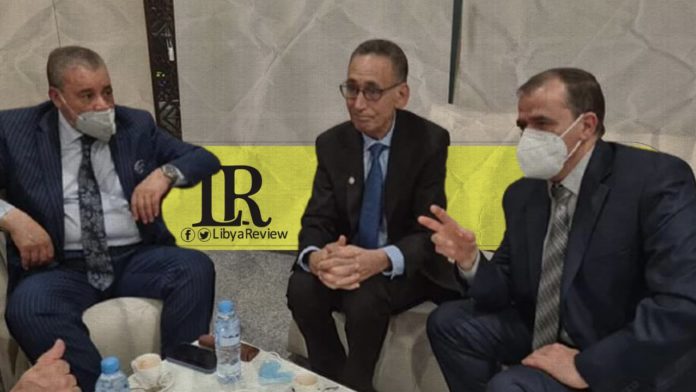 On Saturday, the Libyan Minister of Economy and Trade, Mohamed Al-Hawij, called for activating all agreements signed between Libya and Algeria in the field of economic development. He said that “we must open the border crossing between the two neighboring countries to revive the trade activities in both countries.”

These remarks came during the inauguration ceremony of the Algerian-Libyan Economic Forum, during which the Minister also called to resume flights between Tripoli and Algiers and to establish a free trade zone between the two countries.

He also highlighted the importance of ensuring passage through the sea and air to revive the economy of both countries.

The Algerian-Libyan Economic Forum was inaugurated today in Aurassi Hotel, Algiers, with the participation of nearly 400 economic actors representing various economic sectors from the two countries.

The Forum aims to enhance economic and commercial cooperation between Libya and Algeria and to discuss all opportunities available for enhancing bilateral partnerships.