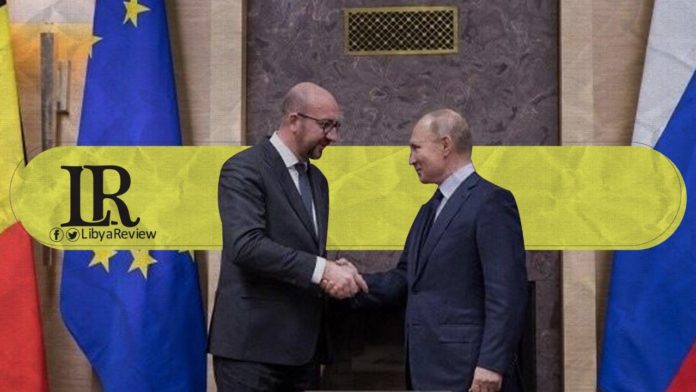 “Putin and Michel came out for the further promotion of the political process and support for the bodies of power formed for the transitional period,” the news release says.

Until just recently, Libya had two parallel bodies of executive power — the Government of National Accord (GNA) under Fayez Sarraj in Tripoli, and the Interim Government enjoying the support of Field Marshal Khalifa Haftar’s Libyan National Army (LNA), and the Libyan Parliament in the east of the country.

On 23 October 2020, Libya’s rival parties met in Geneva to sign a ceasefire agreement. In early February, after UN-brokered talks, Abdel-Hamid Dbaiba was elected Prime Minister, alongside a three-member Presidential Council.

Both bodies of power were sworn in on 15 March, and took office in Tripoli. Their main task is to unite fragmented bodies of power across the country, and to prepare for parliamentary and presidential elections set for 24 December 2021.