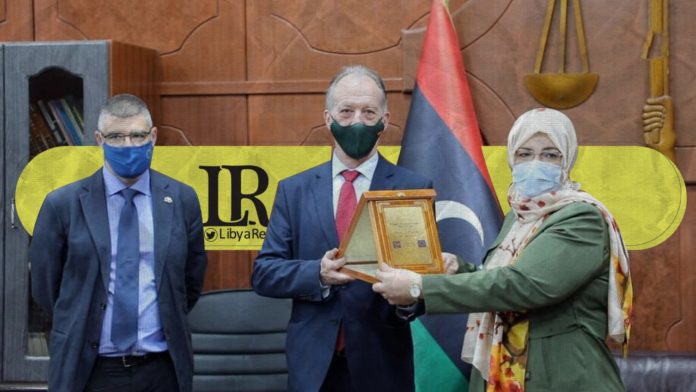 The Justice Ministry said in a statement that, Head of EU civilian missions, Francisco Esteban Perez and EU Ambassador to Libya, Jose Sabadell expressed their satisfaction with the cooperation between the Justice Ministry and the EU, especially with regards to the European Union Border Assistance Mission (EUBAM).

She pointed out that the ministry was paying close attention to the national reconciliation process, and working to release those forcibly detained, and improve the conditions inside migrant detention centers.