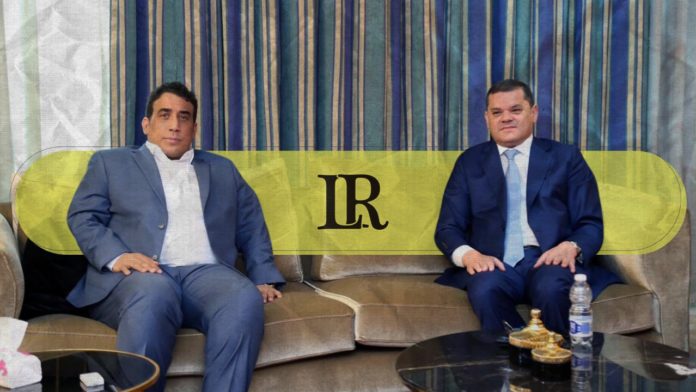 On Monday, Head of the Libyan Presidential Council, Mohamed Al-Mnifi held a meeting with the Prime Minister of the Government of National Unity (GNU), Abdel-Hamid Dbaiba to discuss the latest preparations for the Berlin II Conference, as well as a number of regional issues.

According to a statement by the Presidential Council, the meeting focused on the ongoing preparations for the second ministerial-level Berlin Conference, which is scheduled to be held on 23 June, in addition to a number of issues such as the electricity crisis and the COVID-19 vaccination programme.

In the lead up to the Conference, Head of the United Nations Support Mission in Libya (UNSMIL), Jan Kubis has been holding national and international talks to mobilise further support for the “multi-track UN-facilitated, Libyan-led, and Libyan-owned political process.” He emphasised the importance of holding inclusive Presidential and Parliamentary elections on 24 December 2021, and beginning the withdrawal of all mercenaries and foreign forces from Libya.

The agenda for Berlin II was announced on Tuesday, and includes discussions about preparations for the December elections and the withdrawal of foreign fighters from Libya.