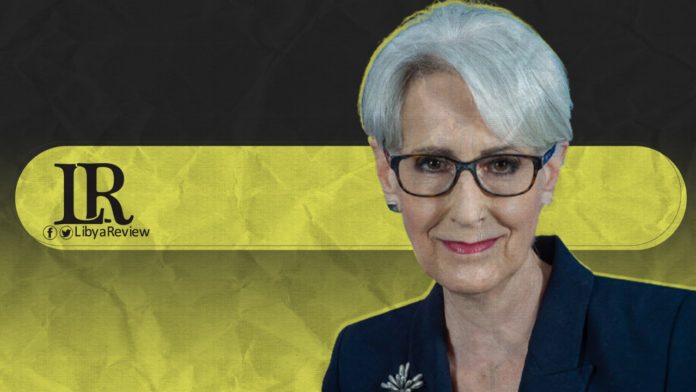 On Tuesday, US Deputy Secretary of State, Wendy Sherman held a meeting with the US Ambassador and Special Envoy to Libya, Richard Norland.

“I had a good meeting today with Ambassador Richard Norland, our US Special Envoy for Libya. We are committed to supporting national elections in December, and continue to urge the withdrawal of foreign forces and mercenaries,” Sherman tweeted.

Last Friday, Ambassador Norland stressed the need for the departure of Turkish forces from Libya and respect for the UN arms embargo. In an interview with the Egyptian run-state newspaper, Gomhuria Online, Norland said the presence of foreign forces in Libya should not be used as an excuse to delay the elections.

The Ambassador also indicated that the government to be formed after the elections on 24 December, will be “empowered, sovereign, and will strengthen the voice of the Libyan people who seek the departure of these forces.” He added that the elected government would need to choose a group of international partners who could help Libya meet its national security requirements, in a way that promotes regional stability.