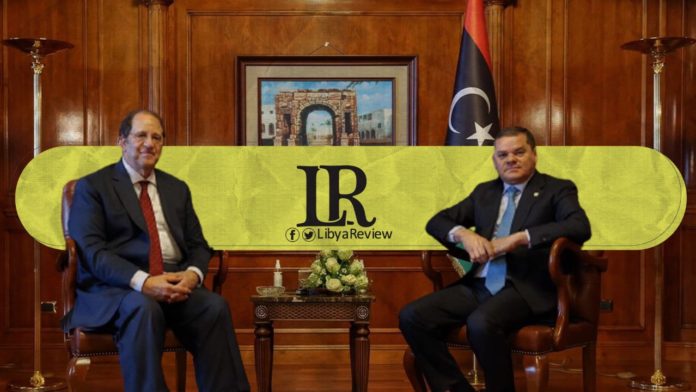 Kamel briefed the Libyan Premier on the results of the Egyptian delegation’s visit to Tripoli in May, and the coordination mechanism for activating the joint agreements between the two countries.

They pointed to Egypt’s “positive role” in promoting reconciliation between the Libyan parties, in a way that enhances security and stability in the region.
The two sides also coordinated on the upcoming visit of Dbaiba to Egypt, in order to activate the Libyan-Egyptian Joint Higher Committee.

The meeting was attended by the Libyan Intelligence Chief, Major General Hussein Al-Aib, and the Minister of Interior, Khaled Mazen.