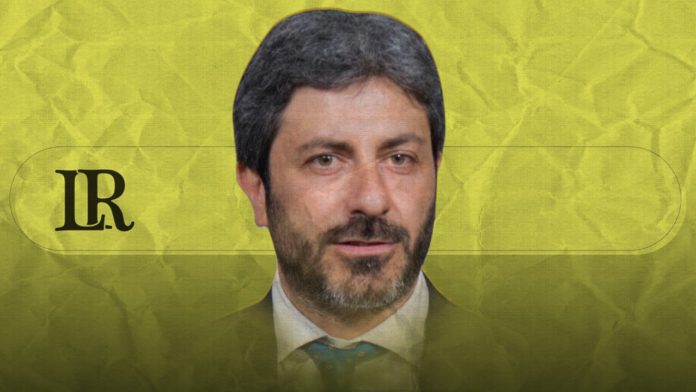 Speaker of the Italian Parliament, Roberto Fico, said that the reconciliation and unity of Libya are reliant on the withdrawal of all foreign fighters and mercenaries currently stationed in the country.

After his meeting with Libyan Parliament Speaker, Ageela Saleh, Fico said that Europe can play an important role in the reconciliation and reunification of Libya, by helping to ensure that the ceasefire and security conditions are maintained.

The Italian Speaker underscored the importance of the Berlin II Conference, which is scheduled to be held on 23 June, to discuss the transitional process in Libya.

Saleh’s media advisor, Abdel-Hamid Al-Safi, said that the Libyan Speaker had met with his Italian counterpart, Roberto Fico at the Italian Chamber of Deputies.

“Saleh affirmed his total rejection of all obstructionist attempts to postpone the elections,” Al-Safi said in press remarks. Speaker Fico stressed that the Libyan elections should be held on 24 December as scheduled.

The Libyan Speaker praised the important role of Fico, and the Italian government for their interest in Libya. He noted that Italy was at the forefront of countries supporting a political solution in Libya.

He called on Italian companies to return to Libya to complete their stalled projects in the country.