MSF: We Suspended our Activity in Libya Due to Physical Abuse Against Migrants 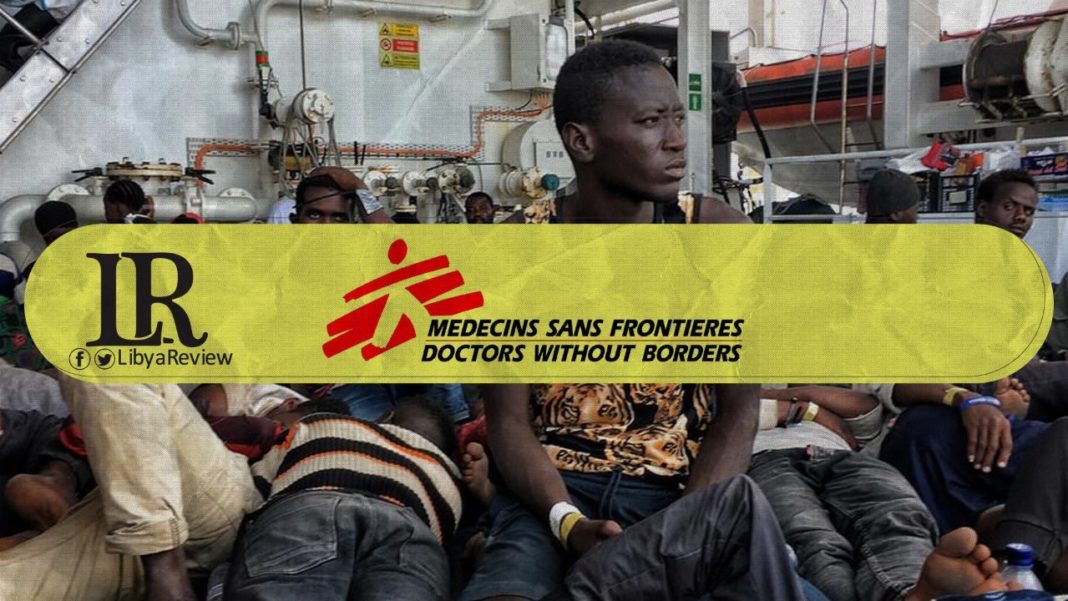 On Tuesday, the international medical humanitarian organisation Médecins Sans Frontières (MSF) has decided to suspend its activities in two detention centres in Tripoli, after repeated incidents of violence towards refugees and migrants.

The decision came two days after the Associated Press reported on “sexual assault by Libyan guards against minor asylum seekers in the center (Zawiya Street) in Tripoli, where the victims are still in detention.”

“This is not an easy decision to make, as it means we won’t be present in detention centres where we know people are suffering on a daily basis,” said Beatrice Lau, MSF Head of mission in Libya. “Until the violence stops, and conditions improve, MSF can no longer provide humanitarian and medical care in these facilities,” Lau added.

MSF said in a statement that incidents of ill-treatment, physical abuse, and violence against people held in these detention centers have increased steadily since February this year.

It confirmed that at least 2,000 people are estimated to be held in severely overcrowded cells at the Mabani ‘Collection and Return’ detention centre in Tripoli. “On 13 June, automatic weapons were fired on people held at the Abu Salim detention center, causing multiple casualties. For seven days following the incident, MSF teams were refused access to the detention centre,” the NGO added.