Libyan PM in Morocco for Talks 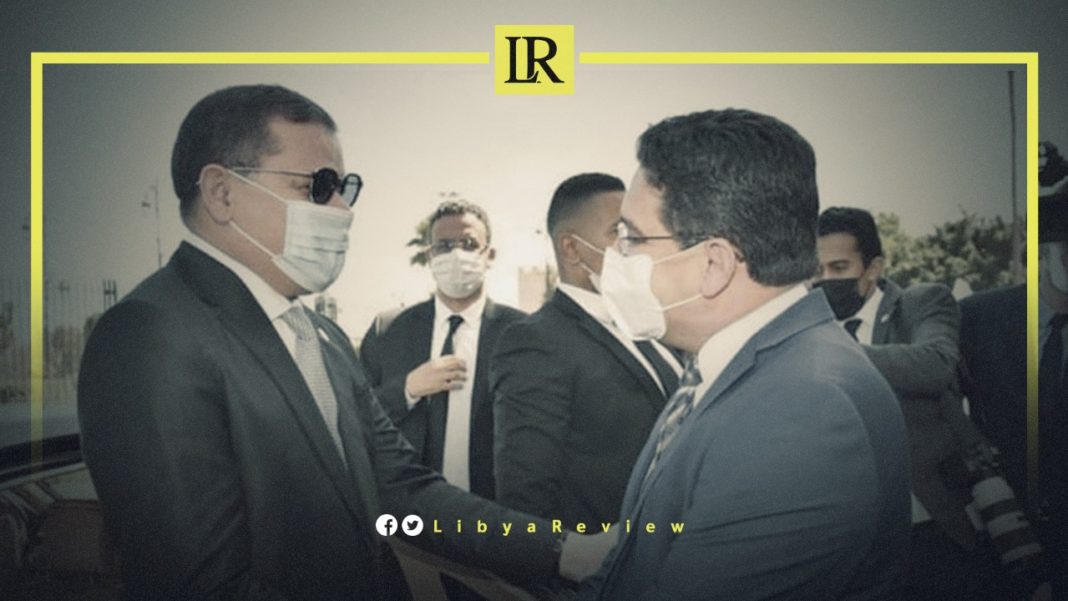 On Sunday, Prime Minister of Libya’s Government of National Unity (GNU) Abdel-Hamid Dbaiba arrived in the Moroccan capital, Rabat, where he was received by the Minister of Foreign Affairs, Nasser Bourita, according to the Moroccan Foreign Ministry’s statement.

During the talks, Bourita confirmed that they were keeping pace with the current local, and international efforts to prepare for the December elections. He stressed that this will enable the Libyan people to enjoy stability, end foreign interference, and begin development.

The FM added that the GNU is aware of the interests and challenges facing the Libyan people, as it has made great efforts since assuming power in March, to achieve real reconciliation and pave the way for the elections. He stated that Dbaiba’s visit to Rabat is to enhance communication and coordination with the Kingdom.

Prior to this visit, Dbaiba was in London, where he met with Prime Minister Boris Johnson, and held talks with a number of officials to strengthen bilateral relations.

This comes following Dbaiba’s participation in the Second Berlin Conference on Libya, which was held on Wednesday.