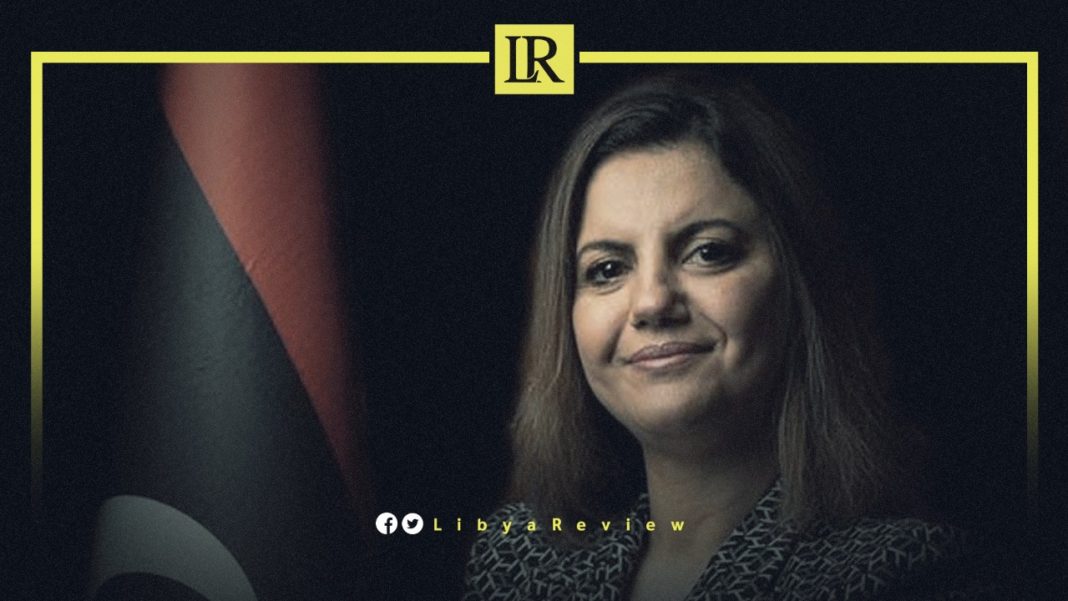 On Saturday, the Libyan Foreign Minister, Najla Al-Mangoush, said that the Ministry, supported by the cabinet, is working to legalize a number of job cadres at the Libyan embassies abroad.

On the official Facebook account of the Hakomitna platform, Al-Mangoush pointed out that the Ministry of Foreign Affairs of the Government of National Unity (GNU), had inherited a legacy of division taking place in Libya between two governments.

Al-Manqoush said that the Government of National Accord (GNA) and the GNU sent their diplomatic representatives abroad. This caused problems in terms of some illegal and improper decisions, in addition to the duplication of work and favoritism for working abroad.

The Minister stressed that the Ministry’s general policy is to legalize the number of embassies and to ensure that the standards are sound for those who represent the country abroad.

Al-Manqoush explained that this work requires a great deal of time.