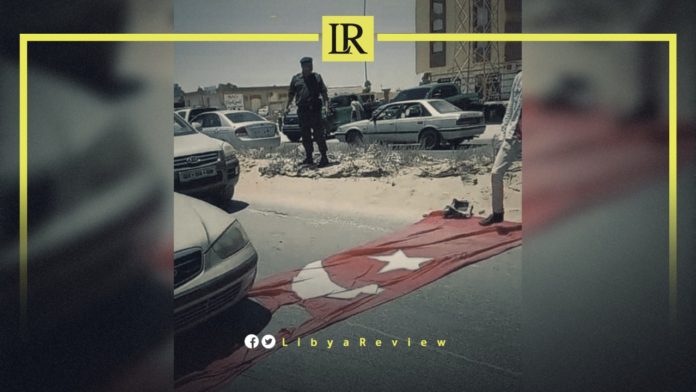 On Tuesday, Ankara strongly condemned the “despicable” action against the Turkish flag in front of the Libyan Parliament during the budget discussions in Tobruk, Libya.

The Turkish Foreign Ministry said in a statement that the Turkish Embassy in Tripoli immediately made the necessary written and verbal demarches to the Libyan Ministry of Foreign Affairs. “The Embassy also requested necessary measures to be taken in order not to allow such provocations, and prevent their repetition,” the statement added.

“It is clear that the action in question targets the Turkish-Libyan fraternity. This action committed against our flag, representing our independence and sacred values, will never reach its goal and necessary response will be given by the friendly and brotherly people of Libya,” the statement explained.