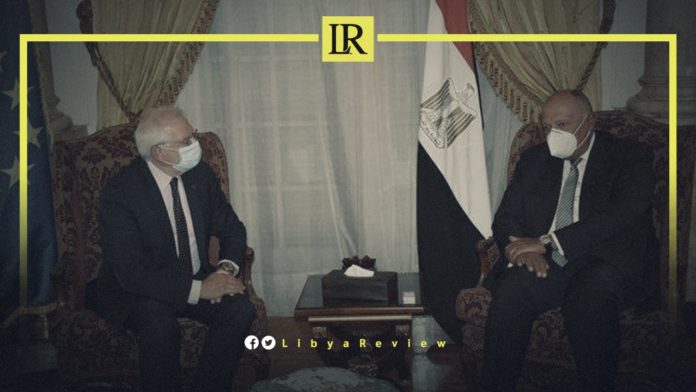 On Tuesday, Egyptian Foreign Minister, Sameh Shoukry held talks with the High Representative of the European Union for Foreign Affairs and Security Policy, Josep Borrell, in Brussels. They exchanged views on several regional issues of common interest, especially the situation in Libya.

In a statement, the Egyptian Foreign Ministry Spokesman, Ahmed Hafez stated that the talks addressed the latest developments in Libya, ahead of the elections scheduled for 24 December. As well as the necessity of all foreign troops and mercenaries withdrawing from the war-torn country, without delay.

Borrell voiced the EU’s strong determination to continue its support for dialogue in Libya, within the framework of the outcomes of the Berlin II Conference to resolve the conflict. He also praised Egypt’s pivotal role in the region, in working towards achieving regional security and stability.

Both sides agreed to strengthen cooperation, as part of the Egyptian-European partnership agreement.