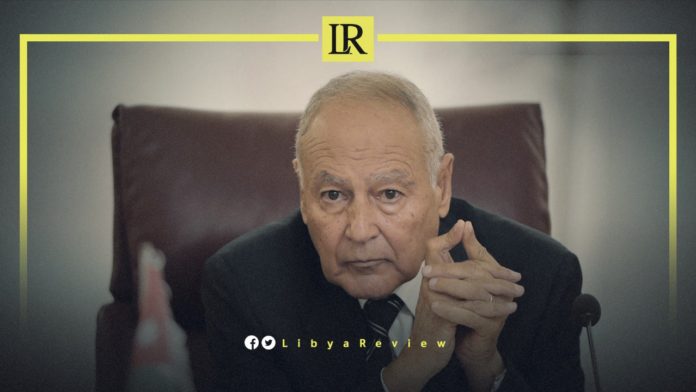 The Secretary-General of the Arab League, Ahmed Aboul Gheit, met with the Prime Minister of the Libyan Government of National Unity (GNU), Abdelhamid Al-Dbaiba in New York. The meeting came on the sidelines of Al-Dbaiba’s visit to New York to participate in the United Nations (UN) Security Council session on the situation in Libya.

The source added that the Secretary-General affirmed the Arab League’s full support for the work of the Libyan Presidential Council and the government in leading the transitional phase and preparing for the upcoming elections on December 24th.

During the meeting, Al-Dbaiba confirmed Libya’s continued need of its Arab brothers’ support, especially in light of the current situation in Libya. He also expressed his appreciation for the Arab League Secretary-General’s personal participation in the UN Security Council meeting on Libya.

Dbaiba said that Aboul Gheit’s participation is an appreciated gesture that reflects the League’s interest in the situation in Libya, according to the source.