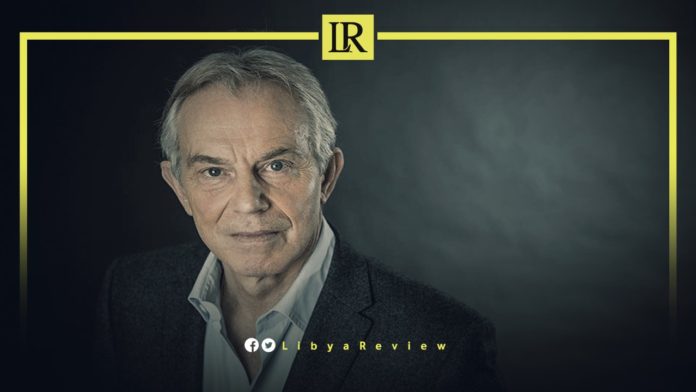 Despite being advised by aids that the South African leader’s intervention over the terror assault would be “quite devastating,” Tony Blair failed in his attempts to prevent Nelson Mandela from mentioning the Lockerbie bombing at the 1997 Commonwealth Heads of Government meeting (CHOGM) in Scotland, according to the Guardian.

Officials from Downing Street notified Tony Blair ahead of the meeting in Edinburgh, that Mandela would be visiting Libya, which eventually accepted culpability for the aircraft catastrophe, and asked to meet. Blair’s attempts, which included a personal letter to Mandela a week before the CHOGM encouraging him to avoid a conversation about Lockerbie failed, and the lingering dispute over the failure to bring any criminals to justice became one of the summit’s main issues.

A tranche of previously classified files released by the National Archives at Kew shows a handwritten note from Downing Street aides urging Blair “to speak to his South African counterpart.”

Blair duly wrote to Mandela, explaining the complexities of bringing suspects to justice, having resisted calls to hold a trial in a different country.

“Lockerbie is of course a particularly sensitive subject in Scotland because of the deaths on the ground of 11 inhabitants of the small town of Lockerbie, in addition to the 259 people on board the aircraft. So I hope we can avoid a discussion of the issue at CHOGM itself – we have a lot of other things to talk about. Justice, it has been said especially in this country, should not only be done, but should be seen to be done. I have grave concern about a demand where one country will be all these things at the same time. Justice cannot be seen to be done in that situation,” the former PM said.

The move, however, provided an unlikely fillip for Blair – as his subsequent invitation to meet grieving families at Downing Street was seen as an attempt to listen after years of refusal.

Pan Am flight 103 was travelling from London to New York on 21 December 1988 when it crashed in Lockerbie, and killed 270 people, becoming Britain’s largest terrorist attack.

Former Libyan intelligence officer, Abdel-Baset Al-Megrahi who was found guilty in 2001 of mass murder and jailed for life with a minimum term of 27 years, was the only person ever convicted of the attack. He was released from prison in 2009 on compassionate grounds having been diagnosed with prostate cancer and returned to Libya to a “hero’s welcome”. He died in Tripoli in 2012, aged 60.