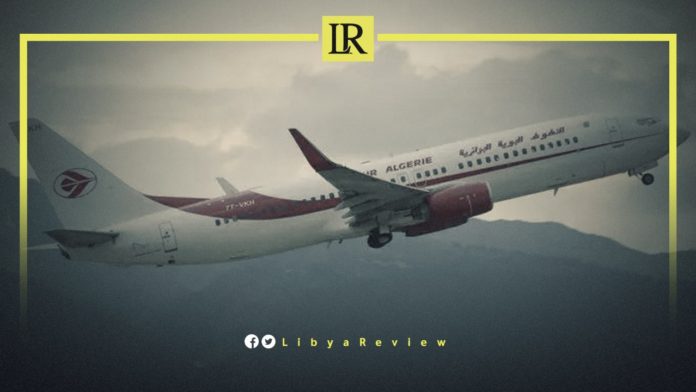 The Algerian Transport Ministry said in a statement that the meeting also discussed the opening of a maritime line between Algeria and Tripoli, as soon as possible.

“The meeting came as an embodiment of the directives of Algeria’s President Abdelmadjid Tebboune, after the recent visit of Libya’s President, Mohamed Al-Mnifi to Algeria,” the statement said.
It added that the resumption of flights with Libya comes within the framework of “enhancing” cooperation between the two friendly countries.

On Wednesday, Al-Mnifi held bilateral talks with his Algerian counterpart in Algiers.

In a statement, the Presidential Council’s media office said the two leaders discussed the executive steps needed to reopen the border crossings and resume flights between the two countries. They stressed the importance of enhancing work to develop the joint technical and security cooperation between Libya and Algeria.

“Algeria is ready to help Libyans in making the voice of their country heard and bringing aid and assistance to Libya… to resolve certain problems that have arisen”, Tebboune said

In turn, Al-Mnifi said he was “delighted” by the Algerian support, according to Algeria’s official APS news agency.

The two leaders also spoke about “security in southern Libya,” where their countries share a near-1,000 kilometre border, the Libyan leader said.