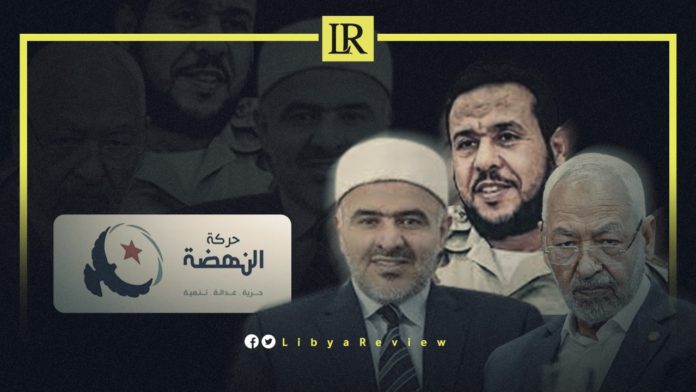 Tunisia is witnessing rapid developments after President Kais Saied’s decision last week to freeze the Parliament, and lift the immunity of its members.

Saied’s decision has opened the door to prosecuting those involved in acts of violence and terrorism, the release of terrorists, and the smuggling of mercenaries and extremists across the border. These are believed to be linked to Parliament Speaker, and the Head of the pro-Muslim Brotherhood Ennahda Movement, Rashid Ghannouchi.

Over the past years, Ennahda Movement has allegedly involved itself in neighbouring Libya; by heavily supporting the Muslim Brotherhood and its allies including militias in Libya with weapons and mercenaries.

Ghannouchi is believed to have had a prominent role in supporting the militias in western Libya, as he helped release extremist suspects in Tunisia, and worked to transfer them to Tripoli. Many of whom fought during the recent conflict in exchange for promises including obtaining Foreign citizenship.

Moreover, Ghannouchi’s party supervised the smuggling of weapons to Libya across the Tunisian border, in coordination with prominent members of the Muslim Brotherhood in Libya. As he is thought to have a close relationship with a number of figures affiliated with the group, such as Ali Al-Sallabi and Abdel-Hakim Belhaj.

In the aftermath of the 2011 civil war, which led to the overthrow of Muammar Gaddafi’s regime in Libya, Al-Sallabi acknowledged Tunisia’s role in supporting the “rebels” by smuggling weapons across the Tunisian border into Libya.

Libya Review spoke to a Tunisian political figure who said “Qatar & Turkey have been financing & supporting Ghannouchi for years. They have granted him approximately 200 Million Dollars. This money has been used to help extremists in Libya thrive”

The practices of the Ennahda Movement and its President have fueled the conflict in Libya, resulting in severe internal tensions within Tunisia. This has resulted in Tunisian parties condemning Ennahda’s support for Libya’s militias, fearing it could drag the country into alliances harmful to Tunisia and Libya.