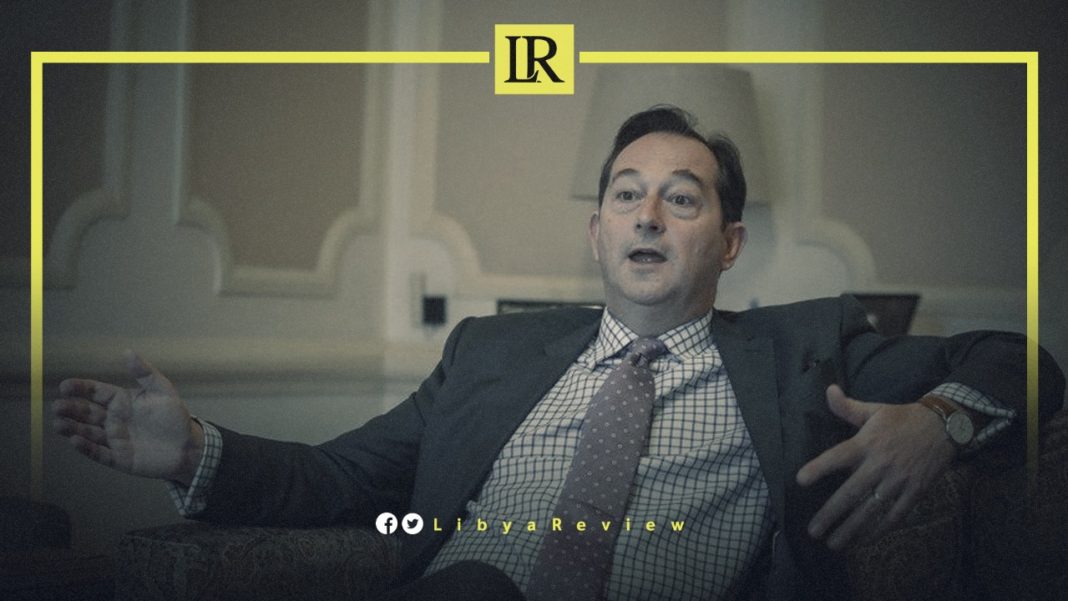 On Wednesday, the outgoing British Ambassador to Libya, Nicholas Hopton, praised the plan drawn up by the Interior Ministry of the Government of National Unity (GNU) to secure the upcoming elections scheduled for 24 December 2021, according to the ministry’s statement.

These remarks came during a meeting with Interior Minister, Major General Khaled Mazen in Tripoli. The Undersecretary for Technical Affairs, Faraj Qaim, Director of Relations and Cooperation; Salah Al-Din bin Salma, and Head of the Embassy’s political department, James Trend, attended the meeting.

The statement added that they discussed the prospects for security cooperation between Libya and the UK, as well as a number of issues of common concern.

Mazen praised the efforts made by Ambassador Hopton during his tenure in Libya, stressing the depth of bilateral relations between the two countries.

Libya has been locked in a civil war since the ouster and killing of former leader Muammar Gaddafi in 2011. The situation escalated in 2014, splitting power between two rival governments: the Government of National Accord (GNA) based in the capital Tripoli and the Interim Government based in the northeastern city of Tobruk, and allied with the eastern-based commander of the Libyan National Army (LNA) Field Marshal Khalifa Haftar.

In February, Libya’s warring factions agreed to create the GNU under the auspices of the United Nations, which will lead the country until the December elections.