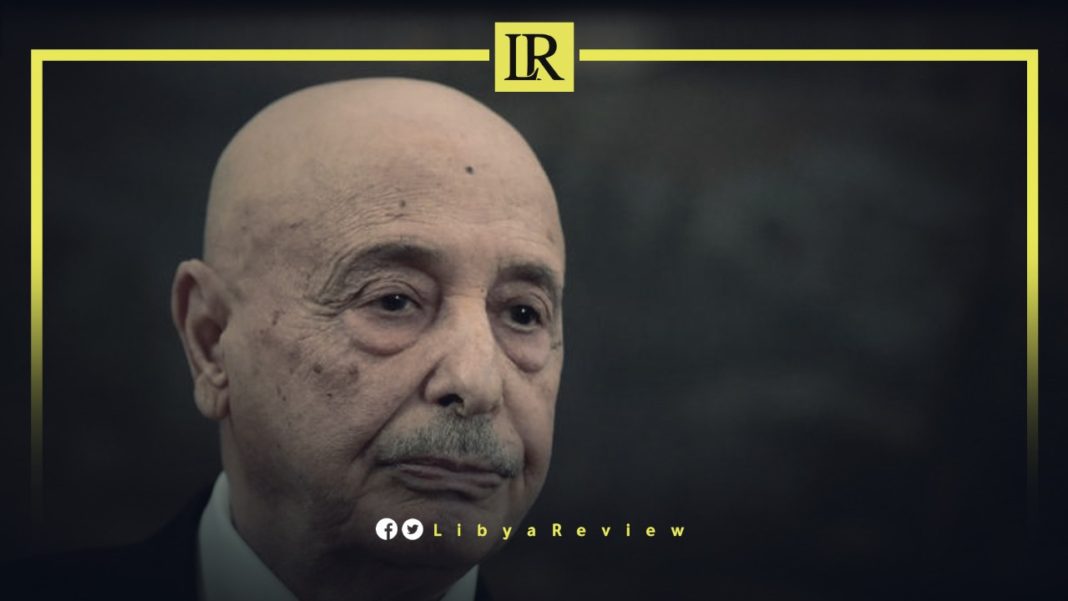 Head of the Libyan Parliament, Ageela Saleh renewed his demand for the withdrawal of foreign forces from the country, and called on the international community to punish Turkey, and force it to withdraw its forces from Libya.

In press statements to Russian media, Saleh added that the justification for the Turkish forces is the agreement concluded with the previous Government of National Accord (GNA), who he said did not have the right to conclude treaties. Such treaties must be approved by the Parliament, which rejected and considered them null and void, he added.

Saleh stressed that the Government of National Unity (GNU) led by Abdel-Hamid Dbaiba has not unified the country’s institutions. He added that the unification of these institutions means the participation of all regions in power from ministers, to embassies, to investment companies, and that the government has focused management in one place, and increased centralization.

Consequently, he continued, “the constitutional declaration defines the state’s institutions, their powers, their competencies, rights, freedoms, and basic economic, social, and political components, and it regulates such matters.” To this end, he explained that Parliamentary Resolution No.5 of 2014 included in the Constitutional Declaration, states that the Libyan people are the ones who directly elect the head of state, and thus, “the method of electing the president is found in the constitutional declaration.”

The law for electing the president in terms of powers and conditions, he added, is being presented to the Parliament and “it is expected that by this week or next week, a law for the election of the president and a law for the election of the Parliament will be issued. No group is allowed to set a rule and call it constitutional,” he insisted. The Speaker added that there are ways to establish constitutions and therefore a return to the constitutional declaration must be made. By ”no group” Saleh was referring to what he considers the lack of cooperation by the High Council of State (HCS).

Saleh stressed that the Parliament is the authority exclusively competent to issue legislation, and expects the elections to be held on time, saying, “the Libyan people want elections, and they are the only way out of the Libyan crisis,” noting that “if the elections are not held, the country may be exposed to division and return to chaos again.”