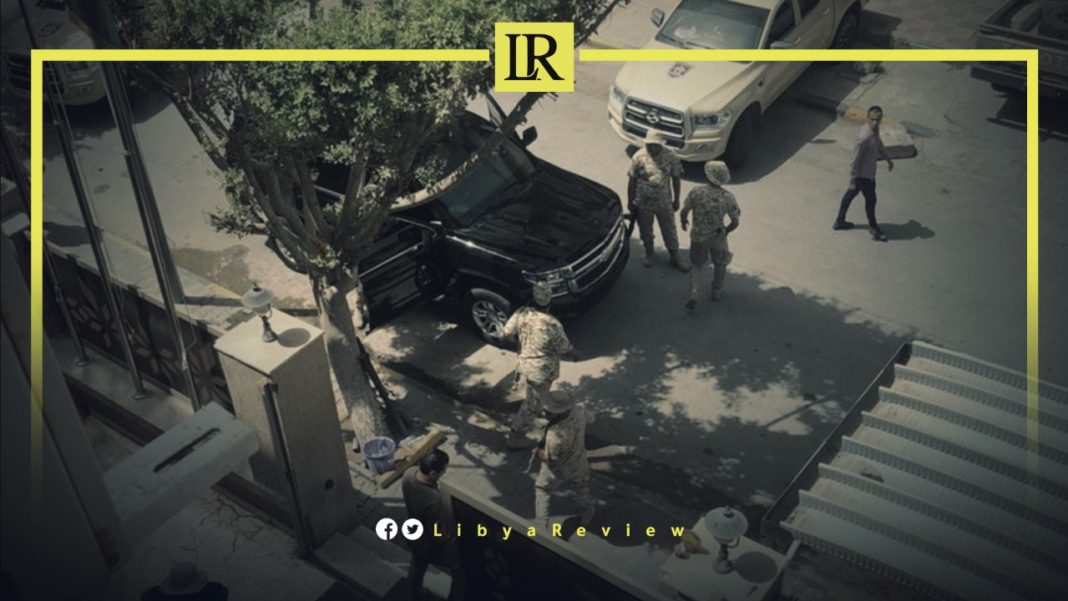 On Tuesday, armed clashes took place in the vicinity of the Administrative Control Authority (ACA) headquarters in Tripoli between the guards of ACA deputy head, Khaled Dhaou, affiliated with the “Stability Support Force”, led by Abdel-Ghani Al-Kikli (Ghneiwa) and the guards of ACA Head, Suleiman Al-Shanti, affiliated with the “Joint Force” from Misrata.

Pickup trucks carrying fighters rushed to the ACA headquarters, creating a state of panic among the authority’s employees present in the building, and the nearby residents as a result of heavy gunfire between the two armed groups.

The two officials were appointed by different political entities, and there had been an ongoing dispute over the legitimacy of each person.

Although open hostilities in the civil war stopped last summer, armed groups continue to operate throughout Libya, vying for territory and control of state institutions that remain divided.