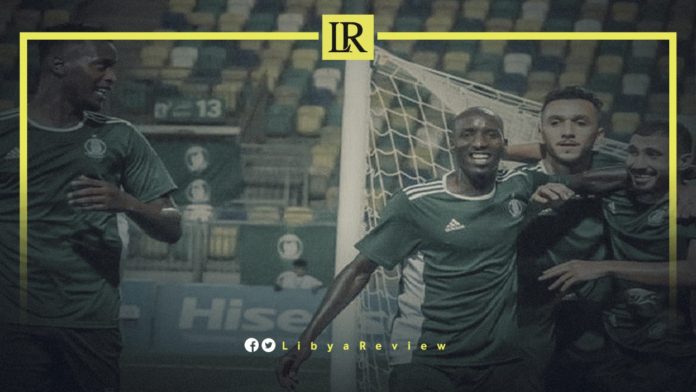 Libya’s Al-Ahly Tripoli qualified to the second round of the African Confederation Cup, after defeating Sudan’s Hay A-Wadi F.C 4-0, at the Benina Martyrs Stadium in Benghazi on Sunday.

Ali Maatog, and Saleh Al-Taher of Al-Ahly scored the first two goals, while Mohamed Al-Tarhouni added the third and the fourth.

CAF had originally cancelled the first leg match in Khartoum, after Al-Ahly refused to play at the Halim Shaddad Stadium, due to its dilapidated facilities.

The Libyan team will now play against Biashara United of Tanzania, on 15 and 22 October.