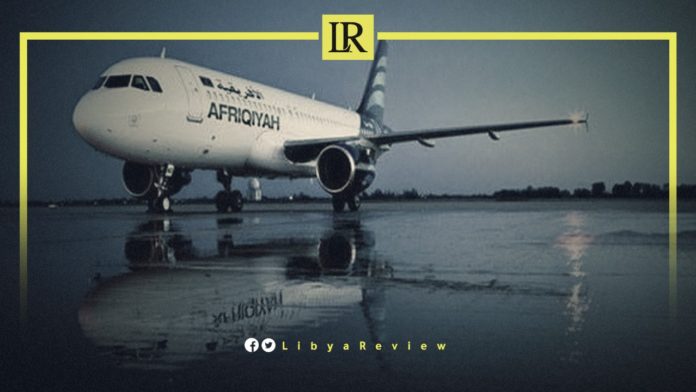 On Tuesday, Al-Afriqiyah Airways confirmed that it is scheduled to resume flights to Cairo Airport on 30 September, after a lengthy-hiatus.

“Nine weekly flights will be operated from Benina, Misrata, and Tripoli (Maitiga) airports to Cairo International Airport in Egypt,” the airways said in a statement.

Last week, the Libyan government announced the resumption of direct flights to Cairo at the end of September.

The decision to resume flights came after Libyan Prime Minister, Abdel-Hamid Dbaiba visited Egypt and signed a number of agreements between the two countries.

Recently, the Tunisian National carrier, Tunisair, announced the resumption of its flights from Tunis Carthage airport to Tripoli-Mitiga and Benghazi airports in Libya starting September 23rd.

Libya’s Government of National Unity (GNU) was elected in February by the UN-sponsored Libyan Political Dialogue Forum (LPDF), ending years of political division in the country. The government’s main task is to prepare for the general elections to be held later this year.

They discussed the latest developments in Libya and the distinguished relations between the two neighbours. The meeting confirmed that the stability of Libya at the political and security levels is a part of Egypt’s national security.