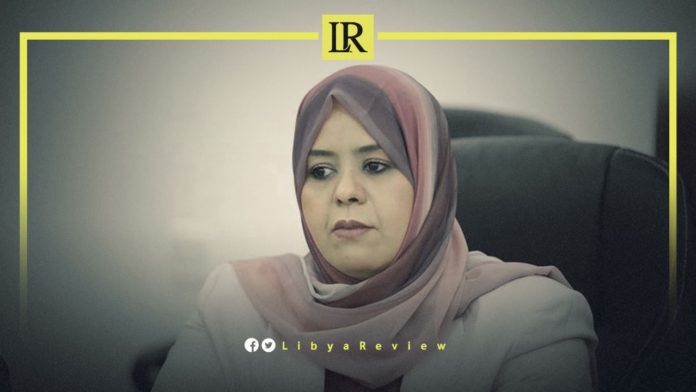 The Libyan Minister of Social Affairs, Wafaa Al-Kilani, called for efforts to protect and empower Libyan women socially and economically. She also called for a raise in the level of services provided to them.

This came during a meeting that included Al-Kilani and the sector official of the United Nations Population Fund (UNFPA) in Libya to discuss strengthening prospects for cooperation between the Ministry and the Office in various fields. The meeting discussed benefiting from reproductive health services, and raising awareness and support for women’s rights in the field of reproductive health, according to a statement by the Ministry of Social Affairs.

During the meeting, they discussed the provision of technical assistance to enhance coordination between national authorities to combat violence and provide safe places for survivors of violence. They also discussed working to raise the level of services for women with disabilities, and provide in-kind items and psychological and social support to them.

Arrangements and preparations have also been made for the 16 Days of Activism against Gender-Based Violence, which is an annual international campaign starting from November 25th to December 10th.

The 16 Days of Activism against Gender-Based Violence is an annual international campaign that kicks off on the 25th of November, the International Day for the Elimination of Violence against Women, and runs until the 10th of December, Human Rights Day.

In support of this civil society initiative, the United Nations Secretary-General’s UNiTE by 2030 to End Violence against Women campaign calls for global actions to increase awareness, galvanized advocacy efforts, and to share knowledge and innovations.

The global theme for this year’s 16 Days of Activism against Gender-Based Violence, which will run from the 25th of November to the 10th December 2021, is “Orange the world: End violence against women now!”