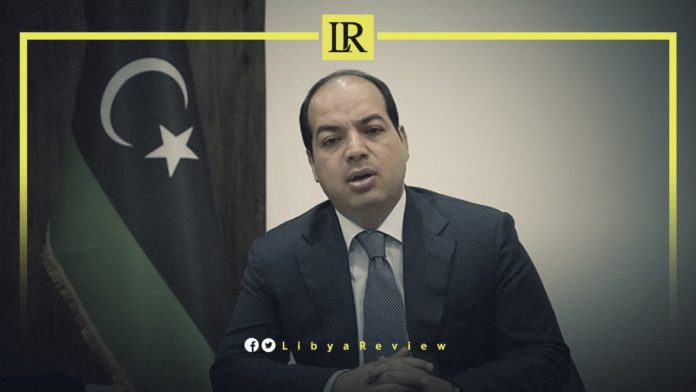 Candidate in Libya’s Presidential elections, and former Deputy Prime Minister, Ahmed Maiteeq confirmed that unifying the military institution needed “special treatment.” “The situation of our country requires work to achieve stability, and one of its tools is highly efficient security and military institutions, according to the latest methods and methodologies,” Maiteeq said.

In a press interview published by the Russian news agency Sputnik, Maiteeq stated that “Libya has suffered from multiple, varied, and successive crises. Many of these relate to basic services which were often the result of the intransigence of a political party and an attempt to impose a reality.”

“Most of the crises are complex, and the social ones have a clear economic and political impact. Therefore, from the beginning, we have been calling for a well-defined political agreement in which politicians and all participating parties with influence on the future of Libya agree, and even strive, to preserve a dignified life for all,” he claimed.

“The agreement means understanding the concept of comprehensive security and the overlapping dimensions of the conflict, even the geopolitical, social, food, health and other aspects, in addition to the economic aspect, which is the main influential and affected driver. It can be noted that no one mentions these essential terms when talking about the unification of the military institution. Yes, it is true that I am talking about the character of a modern institution in its methods and methodologies, which is efficient in a specific field of competencies and duties. This requires mentioning in the constitution to ensure a balance between the protection and sovereignty of Libya and the protection of human rights, issues of de-politicisation of the institution, and other modern foundations,” he added.

Regarding the future outlook of the Libyan army, Maiteeq continued: “Time has passed for the traditional view of armies, and it is time to think outside the box. Unfortunately, narrow personal interests have dominated the scene during the past ten years, so the opportunity for development has not been provided in proportion to international developments. It is no secret that military and security strategies have changed dramatically. This is the real challenge to which the 5+5 Joint Military Commission (JMC) was formed according to the security track, branching from the Berlin tracks. Any President, Parliament, and future government, each according to his competence, must pay attention to this.”

With regard to the cost of forming a unified military institution, he continued: “In this regard, we must note two essential aspects: the first relates to the cost of forming and developing the military and security institution on modern methods and methodologies. The cost of modern technologies is prohibitive, as well as training and education in all these fields requires huge sums of money. The necessity of linking military spending to the feasibility and results achieved from this spending is another matter that only a few talk about. It should also be noted that public spending on unifying and developing the military and security establishment must focus on two areas of work that I consider a priority in the security and defence sector, namely border protection and the combating of terrorism and cross-border and organised crime.”

“There is also the developmental role that the military institution can contribute to in. Spending in these two areas contributes greatly to the unification and development of the security and military sector.” As for the second urgent and necessary aspect, according to Maiteeq, is the “interrelationship of the security and military files, with the project to demobilise the supporting forces, rehabilitate, train, and build capabilities for this group, which is widespread in all parts of Libya, and their integration into economic life.”