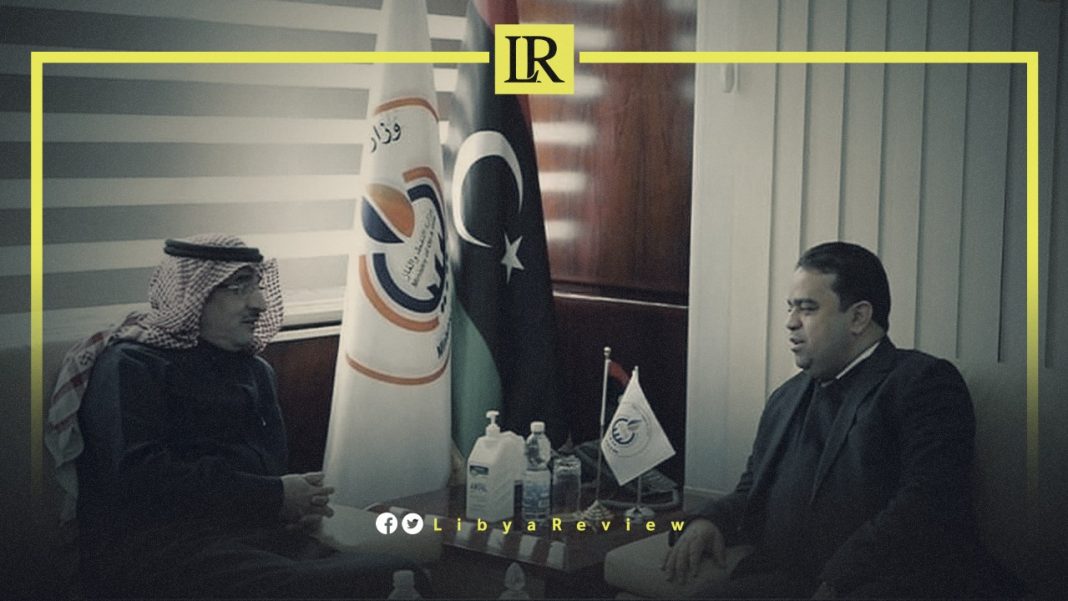 Al-Abed also discussed the possibility of benefiting from the Saudi experience in organizing expatriate workers, and developing the labour market.

The Prime Minister of the Government of National Unity (GNU), Abdel-Hamid Dbaiba had assigned Al-Abed to temporarily head the ministry, in addition to his position as Minister of Labour. This is until Oil Minister, Mohamed Aoun returned from his annual leave.

Al-Abed stressed the depth of Libyan-Saudi relations, and the continued coordination in regional and international forums.

In turn, Ambassador Al-Saqr emphasised that Libya has promising investment opportunities due to its wealth and energy supplies. He also renewed Riyadh’s desire to support stabilization efforts in Libya, and the possibility of transferring the Kingdom’s experiences in the fields of energy, oil, and natural resources.

Two weeks ago, Libya’s National Oil Corporation (NOC) announced that the country’s oil and gas revenues reached more than $21.5 billion in 2021, the highest level in five years. As well as €30 million euros in non-dollar sales.

“The end of the year 2021 recorded a recovery, and oil prices achieved their largest annual gains since 2016. This was driven by the recovery of the global economy from stagnation” due to the COVID-19 epidemic, NOC Chairman Mustafa Sanalla said.