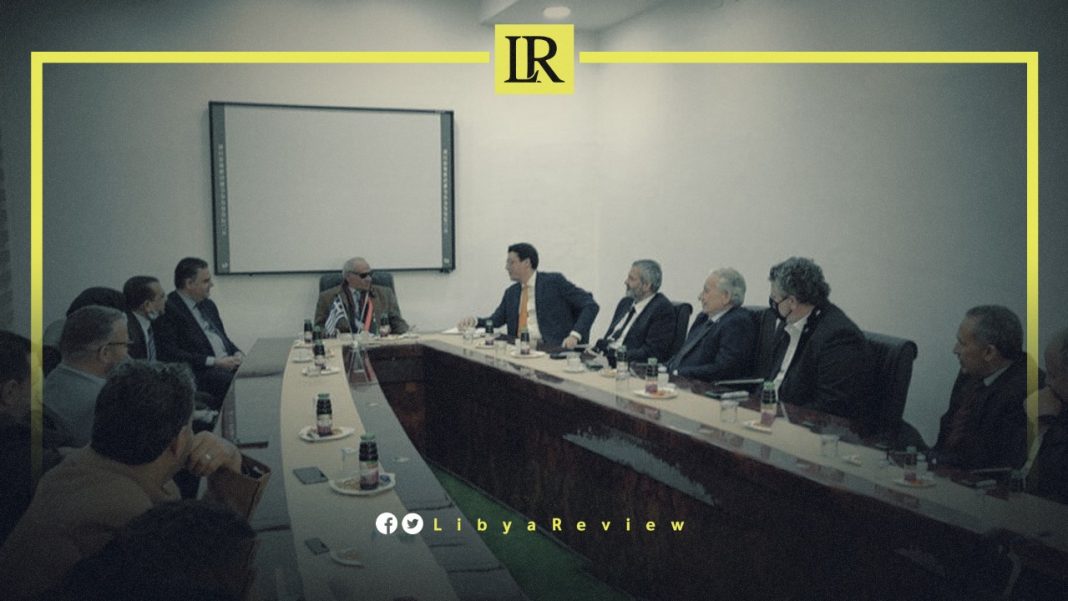 On Sunday, the Mayor of the Tobruk municipality, Faraj Boual Khattabia, held a meeting with the Greek Ambassador to Libya, Ioannis Stamatekos, to discuss the possibility of setting up a maritime route between the Libyan eastern city of Tobruk and Greece. Greece is the closest European country to Tobruk, about 300 km from the city.

During the meeting, Boual Khattabia, called for the return of Greek companies to Tobruk to participate in the implementation of a number of infrastructure, electricity, and water projects.

The Libyan official stressed the importance of resuming scholarships for Libyan students in Greek universities. He called for enhancing all ways of cooperation between the municipality of Tobruk and Greece.

He also commended the efforts of the executing Greek firm METKA for the gas-powered electricity plant with a production capacity of 740 megawatts in Tobruk.

The meeting was also attended by the Greek Consul in Benghazi Achilles Rakinas.

In addition, Boual Khattabia demanded the necessity of opening an office for the Greek Embassy in Tobruk in order to facilitate the issuance of visas for Libyan citizens.

He also affirmed that the Libyan-Turkish Memorandum of Understanding (MoU) signed in December 2019 on cooperation on natural gas drilling in the Mediterranean is “illegitimate and legally powerless.” The Prime Minister also pointed out that such MoU breaches “Greece’s sovereign rights.”

The above mentioned MoU was signed by Turkey and the former Libyan Government of National Accord (GNA).

Notably, Libya failed to hold much-anticipated presidential elections originally scheduled for December 24th. The postponement was a major blow to international efforts to end a decade of chaos in the oil-rich Mediterranean nation.

It remains unclear if the various on-again and off-again warring groups will be capable of carrying out the elections.

Libya fell into a period of instability following the 2011 toppling of long-time leader Muammar Gaddafi and, despite vast oil wealth, many people live in poverty.