Egypt-Morocco Call for Withdrawal of Foreign Forces From Libya 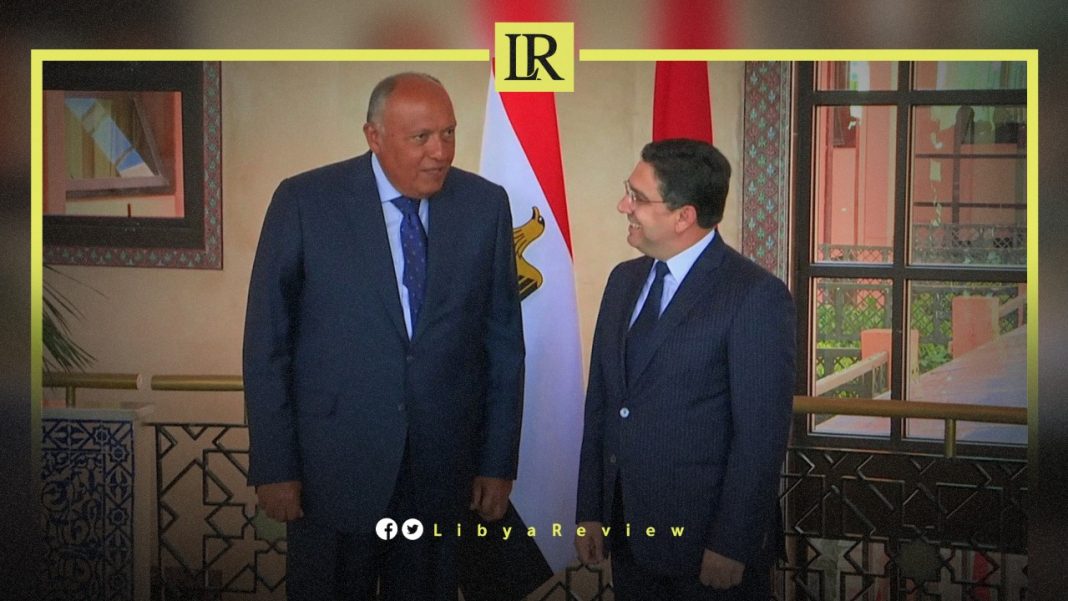 Egyptian Foreign Minister, Sameh Shoukry and his Moroccan counterpart, Nasser Bourita called for the exit of all foreign forces and mercenaries from neighbouring Libya.

In a joint statement, the two FM’s affirmed their support for Libyan-led dialogue, and rejected foreign interference in the country. They added that the only way to resolve the Libyan crisis was to hold simultaneous Presidential and Parliamentary elections.

Bourita praised Egypt for hosting the Libyan Constitutional Committee, in coordination with the United Nations Support Mission in Libya (UNSMIL).

He affirmed Egypt and Morocco’s support for the efforts of the 5+5 Joint Military Committee (JMC). As well as efforts to begin comprehensive national reconciliation.

The joint statement stressed the need to support the implementation of the necessary economic reforms, in order to preserve the country’s wealth and the capabilities of its people.

Notably, Shoukry paid a working visit to Morocco on May 9-10, 2022, at an official invitation from Bourita, during which the two sides held in-depth discussions.

Cairo is set to host a fresh round of talks between the representatives of Libya’s two rival legislatures on 15 May. It aims to reach an agreement on the necessary constitutional basis, to hold elections.