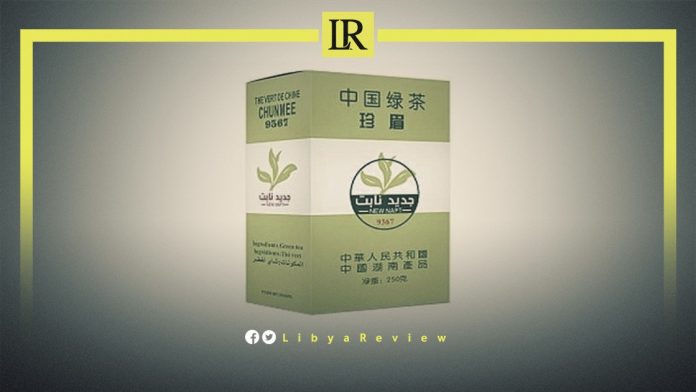 Libya’s Food and Drug Control Center rejected a shipment of “adulterated” green tea from China. This was due to differences between the outer and the inner packages of the brand.

The center stated that the shipment, consisting of 1,678 cartons, of the “Nabit” brand, arrived at the port of Al-Khums. The shipment was rejected due to “commercial fraud by one of the supplier companies.”

Control of exported food is a challenge facing the divided Libyan authorities. Observers fear that Libya will be affected by the devastating global food crisis, as a result of the conflict in Ukraine.

Notably, Omran Al-Qeeb, Minister of Higher Education and Scientific Research issued a statement to Prime Minister Abdel-Hamid Dbaiba regarding the ministry’s laboratories finding a carcinogenic substance in bread, and flour.

The report revealed the presence of “Potassium Bromate” used as a bread improver, in excess quantities, “to the point of carcinogenicity.”

According to the report, the Libyan Advanced Center for Chemical Analysis found large amounts in local bread. The center collected samples from different bakeries, and found an increase of “300-1,300 times the permissible limit.”

The universities of Tripoli and Tobruk analysed samples, and found high concentrations in bread and flour as well.

️ The center, alongside the Tajoura Municipal Guard, collected eight samples, and sent them to a laboratory in Tunisia. The result confirmed the presence of the substance in all samples, in excess proportions.