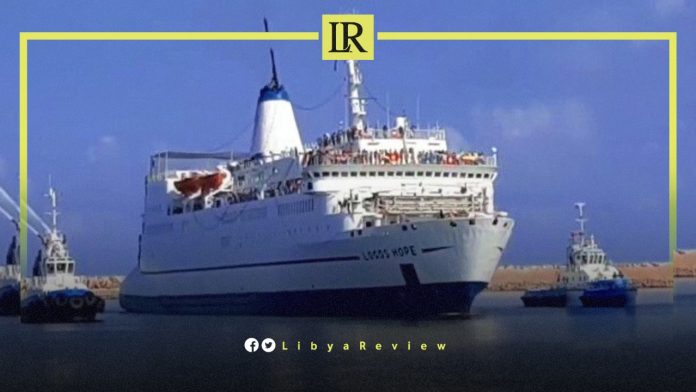 On Monday, the world’s largest floating book fair, Logos Hope concluded its visit to the Libyan coastal city of Benghazi.

Operated by (Good Books for All), a nonprofit organization based in Germany, the vessel has visited more than 160 countries and received over 40 million visitors. The ship carries over 400 international volunteers, and will head to the Shaab Port in Tripoli.

Logos’ initial voyage to Libya was in 2007, and then visited Benghazi in 2010. Managing Director of Logos Hope, Randy Grede said that the fair is a means to spread knowledge and hope.

“We are determined to bring knowledge, help, and hope to wherever we visit in this world. We have the largest floating book fair in the world. We have thousands of titles, there is something for everyone who visits the ship but we are way more than that. We are not just about books; we are really about building relationships”, he said.

Minister of Culture, Mabrouka Toghy formed a committee to supervise the event, which will also feature cultural and artistic activities, in addition to a special program for children.

Al-Shwaihdi added that “several modern scientific books in various fields were available at the fair, and they were popular with some interested students and researchers.”

He concluded that in December, Benghazi will also host an international book fair, in which more than 200 publishing houses will participate.