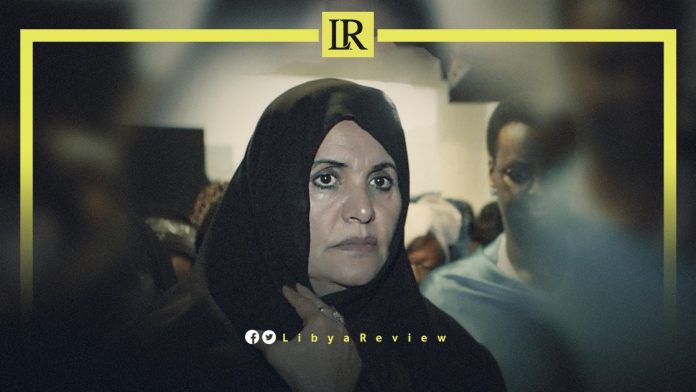 The family of the late Libyan leader Muammar Gaddafi strongly condemned the attack against a female support, for raising the former Libyan flag in the capital, Tripoli.

In a statement published by the media page on behalf of her family, Dr. Aisha Al-Gaddafi said that the Libyans followed “with shameful silence the incident of the blatant and cowardly attack that targeted the Libyan citizen, Aya Shagham. She broke the silence, and went out wearing the green banner to announce to trembling hearts and trembling hands, and from the heart of the capital, Tripoli, that life without green banners is worthless.”

The statement added: “It is painful that this woman was beaten, insulted, and kicked by militias stripped of morals and the most basic human, Islamic, and Arab values ​​and the heritage of our Libyan society.”

“It is unfortunate to witness this disappointing silence in front of these disgraceful acts, making Libyan women vulnerable to humiliation, which has become a daily occurrence,” it noted.

The Gaddafi family indicated that “these crimes were committed in front of the eyes and ears of tribal dignitaries and councils, and the so-called human rights activists, politicians, civil society activists and human rights organisations.”