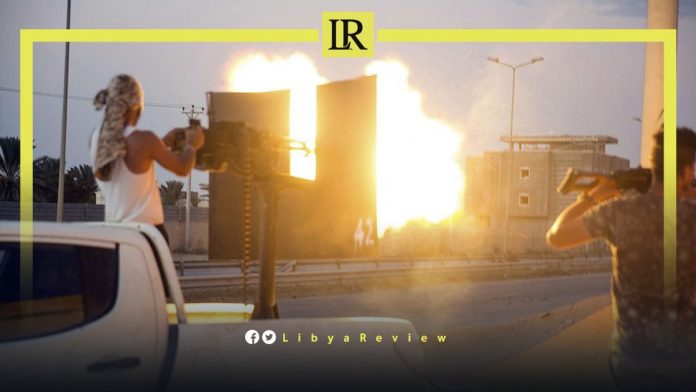 A militia affiliated with Mohamed Bahron, nicknamed Al-Far, who is wanted on terrorism charges, attacked the positions of the Ammar Belkour militia, to arrest a number of the latter’s members.

Libyan military expert Mohamed al-Sadiq said that this is “the usual reality in the western region.” The area is controlled by conflicting militias for power and influence.

The conflict is due to disputes over areas of influence, as armed groups in the city of Al-Zawiya seek to extend their control to other places.

In June, the Chief of the Libyan Intelligence Service, Hussein Al-Ayeb, appointed Al-Far as a Head for the Anti-terrorism Office in the western region of Libya, sources at the agency told Al-Marsad news.

Al-Far is wanted by the Libyan Attorney General on terrorism charges. He was involved in many armed clashes with other militias in the West of the country.

The source said that the agency’s documents, reports and secret work over the past years on the organisations files in the western region were “blown by the wind.” He added that a number of officers who worked on the ISIS and terrorism files intend to resign after the decision of Al-Ayeb.

Despite being accused of many criminal charges, Al-Far had been appointed as the Head of criminal investigation in Al-Zawiya.

It is noteworthy that the city of Al-Zawiya, which is one of the cities in the Libyan West with the presence of armed militias, has been witnessing intermittent clashes for weeks between the various formations in the city that are fighting over areas of influence and smuggling routes.

In May 2021, Al- Far had threatened to expel the Presidential Council after Mohamed Al-Mnifi’s decision to dismiss Emad Trabelsi and appoint Hussein Al-Aib as the new Head of the intelligence service.