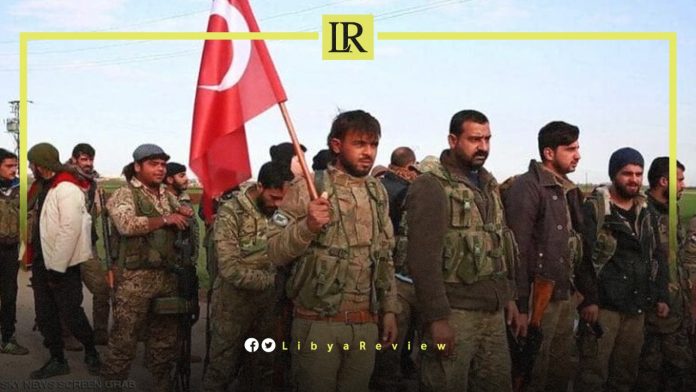 On Monday, the Syrian Observatory for Human Rights (SOHR) confirmed that Turkey has failed to pay the salaries of the Syrian mercenaries being stationed in Libya’s Yarmouk camp for five consecutive months.

In a statement, the SOHR said that this comes amid calls by those mercenaries to stage protests over their overdue salaries.

Two mercenaries reportedly fled to neighbouring Algeria, in a bid to travel onwards to Europe. Turkish intelligence reportedly arrested the brother of one of the men, to pressure him to return to Libya.

Last month, Turkish forces in Libya informed the Syrian mercenaries of the cessation of back-and-forth transfer operations until the end of 2022. They added that aircrafts will only be sent when necessary.

On 9 May, SOHR noted that preparations were underway in the northern Aleppo countryside, to send a new group of mercenaries to Libya. The group comprised of nearly 75 fighters.