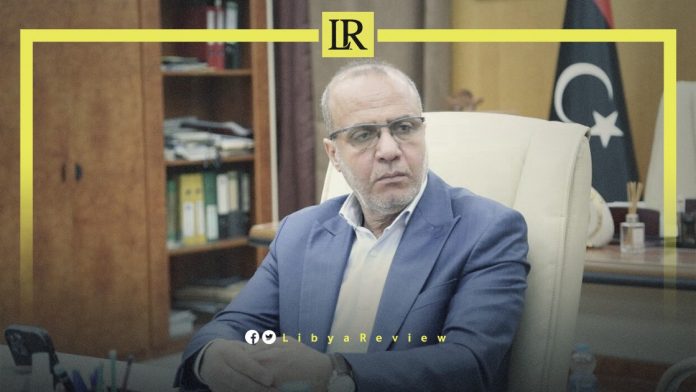 The Deputy Head of Libya’s Presidential Council, Abdullah Al-Lafi chaired a panel discussion on the National Reconciliation Project. This was attended by the Justice Minister, Halima Al-Bousifi, a number of judges, and law professors.

Al-Lafi said that the meeting comes “under increasingly difficult circumstances, due to the continuing disagreement between political parties.” He noted that the draft Transitional Justice Law “constitutes a major pillar of the National Reconciliation Project.”

He explained that this would “address the shortcomings of previous legislation, by formulating a unified law that allows the country’s leaders to gather and reform the relationship between its people.”

He affirmed the importance of the project, during the current stage that Libya is witnessing.

Meanwhile, the President of the Supreme Court, Counselor Mohamed Al-Hafi said “the Libyan people need reconciliation, to turn a new page, and overcome differences to ensure stability.” He explained that the “law will lay a solid foundation for comprehensive reconciliation.”

Al-Bousifi pointed out the need for a draft law for reconciliation, given to the circumstances the country is going through.

The minister stressed “the need to benefit from the experiences of similar countries which have been exhausted by civil wars for many years. Through reconciliation and forgiveness, they forgot their hatred and achieved stability.”

On 9 June, the Libyan Presidential Council announced the imminent launch of the comprehensive national reconciliation project, as assigned by the Libyan Political Dialogue Forum (LPDF). The announcement was made during a meeting between Al-Lafi and Paul Soler, the French Special Envoy to Libya.

Al-Lafi stressed that the reconciliation project “will address all important issues to end the transitional stages in the country and reach the stage of permanent stability.”

“It is a national project owned by the Libyan people and it is free from all restrictions and directives,” Al-Lafi said.

On 5 April 2021, the Presidential Council officially announced the inauguration of a High Commission for Libyan National Reconciliation. The project is yet to be implemented.