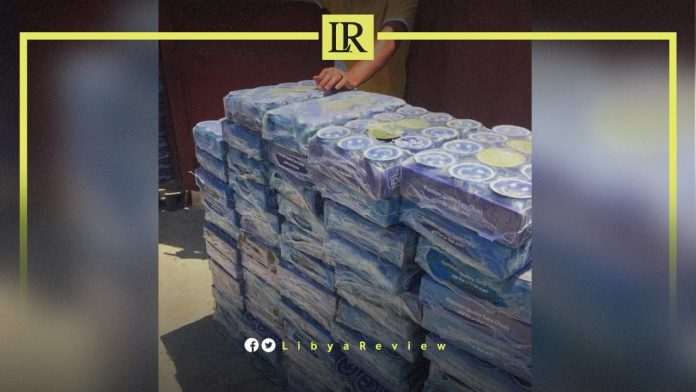 Libya’s Food and Drug Control Center (FDCC) has seized 445 boxes of tuna of Iranian origins. These were damaged after seawater leaked inside the shipping container.

The FDCC clarified that the seizure was carried out during the inspection and sorting of the 40-foot container. It confirmed that the tuna was referred to a laboratory, to conduct the necessary tests regarding their safety for human consumption.

Notably, the FDCC rejected a “rotten” shipment of guava from Egypt, earlier this month. It cited that the samples do not retain proper characteristics, in addition to the presence of mould. The FDCC stated that the shipment, consisting of 500 guava cases, arrived at the Imsaed land port, and were rejected.

“No agricultural shipments, whether pepper or other, were examined or exported from the Salloum land port to Libya,” the Egyptian ministry said, suggesting that rejected shipments may have been exported by illegal means.

The ministry also denied exporting any shipments of guava crops to Libya, since the beginning of 2022.

The UN’s Food and Agriculture Organization (FAO) said that Libya relies heavily on imports, with 90% of its cereal, wheat, and barley needs.

According to the 2022 Libya Humanitarian Needs Overview, 800,000 people, around 10% of the population are estimated to be in need of humanitarian assistance. This is down from 1.3 million, one year earlier. It includes 500,000 people requiring food assistance, about a third less than in 2021.