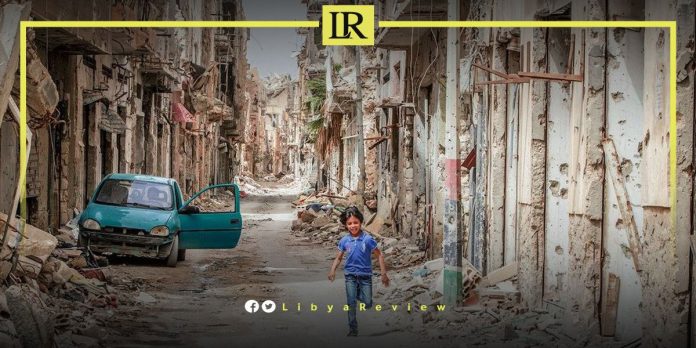 The United Nations Children’s Fund (UNICEF) said that children in Libya are suffering from the horrific effects of the protracted conflicts.

In a statement, UNICEF announced that “children in several countries across the Middle East and North Africa, including Libya, are suffering from the horrific effects of protracted conflicts, societal violence, explosive ordnance, and remnants of war. In addition to political and social unrest.”

The UN body said that the violence in Tripoli has killed at least three children this year.

The report also mentioned violations against children in other countries, including Syria, where two young girls were found brutally murdered in the Al-Hawl refugee camp.

In Sudan and Yemen, the conflicts have exposed children to life-threatening danger. According to UNICEF, there are estimates in Iran that about 50 children have been killed due to the unrest there.

It also pointed out that there are deaths among children in the occupied Palestinian territories. In addition to the death and injury of 85 children during the year 2022 in Iraq, due to explosive ordnances.

Earlier in November, the tribal notables and social leaders of the Western region said that Libya is now on the brink of civil war, in light of a collapsed political situation and a foreign conspiracy against the country.

In a statement, the tribal leaders stressed the “need to maintain the unity of the nation.”

They also highlighted the importance of holding Presidential and Parliamentary elections as soon as possible. They further called for releasing all prisoners, especially detainees from the Qasr Abu Hadi district (20 kilometers away from the city of Sirte).

The Heads of the tribes also stressed that “Libya is one country that cannot be divided.” They noted that despite the current political crises, “the people will remain united.”

They also denounced all attempts to divide and fracture the country, which has been plagued by prolonged crises. They said that it is “necessary to put an end to the current political struggle for power and reach a national compromise leading to fair elections.”

The tribal notables rejected the policy of exclusion and marginalisation, stressing the need to engage all political spectrums to participate in the electoral process.

In addition, they urged the United Nations to “adopt effective national solutions that lead the country to safety. We hope that the UN Special Envoy to Libya, Abdoulaye Bathily will be able to understand the complexities of the current situation, and achieve the aspirations of the people.