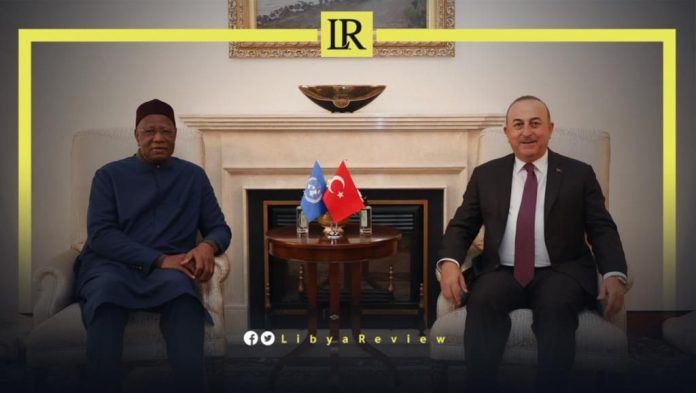 Çavuşoğlu said Turkey will continue to support stability in Libya, and wished him success in his mission.

Earlier, Çavuşoğlu said that Turkey “continues to protect its national rights and law consistently in the region. We are responsible for protecting our rights, from Syria to Libya, from the Aegean to the Mediterranean.” This was during a press conference at the Turkish Consulate in Strasbourg, on the sidelines of the Parliamentary Assembly of Council of Europe (PACE).

The FM claimed that Turkey “contributes to the resolution of regional and global crises. We support peace and stability, from Afghanistan to Libya, and from Ukraine to Somalia. We also say that there is no other country that uses this role more actively than Türkiye.”

He underlined that Ankara was the most active country in the Libyan crisis, pointing out that they have made great efforts to put an end to the current stalemate in the country.

Turkey and Libya’s Government of National Unity (GNU) signed a series of economic agreements that included potential energy exploration in maritime areas. “The agreements will allow for oil and gas exploration in Libyan waters, and come three years after the two countries signed a maritime border deal,” Çavuşoğlu said after signing the MoU in Tripoli.

The EU stressed that the hydrocarbons deal requires further clarifications since it’s based on a memorandum that “goes against Law of the Sea and infringes on third states’ rights.” He affirmed that “actions that could undermine regional stability should be avoided.”