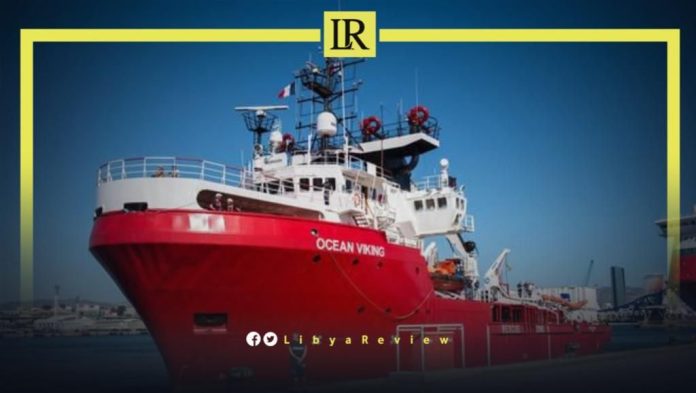 EU Interior Ministers met in Brussels to agree on an action plan that includes coordination with Libya and Tunisia, to handle the migration crisis. This came two weeks after the French-Italian crisis over the humanitarian ship “Ocean Viking“, which was carrying migrants in the Mediterranean.

France has accused Italy of failing to respect the law of the sea, by turning away the vessel operated by an NGO earlier this month. This triggered crisis talks in Brussels, to head off a new EU dispute over the politically fraught issue.

The AFP noted that all sides described the meeting as productive. Czech Interior Minister, Vit Rakusan whose country holds the EU Presidency, later said all participants had agreed that “more can and must be done” to find a lasting solution.

Earlier this month, the humanitarian ship Ocean Viking rescued 230 migrants in the Mediterranean. They were then brought to the military port of Toulon in southern France to disembark. After which, some were to be relocated to the rest of Europe, according to INFO website.

This is the first time that an ambulance boat operating off the coast of Libya has brought survivors to France. An exceptional welcome by a “duty of humanity” underlined the French Minister of the Interior, Gérald Darmanin. He criticised “a very inhumane Italy” in contrast to France.

The Prime Minister of Italy, Giorgia Meloni denounced an “aggressive, incomprehensible, and unjustified” French reaction. She recalled that Rome had welcomed nearly 90,000 migrants this year, while European countries, including France, which had committed to help by taking care of 8,000 people, had finally welcomed only 117.

The Ocean Viking was at sea for three weeks, as no Italian port was willing to allow it to disembark. The migrant group included 57 minors, and 23 women.

France is planning to tighten asylum procedures, noting that “those who do not receive asylum, will be removed directly from the waiting area.”

“The possibility of deporting is the principle of the waiting area. But for people who have just arrived, who have survived a crossing of the Mediterranean, it raises the question of whether they will be able to immediately deliver a story and a state of the persecutions they face in good conditions”, Laure Palun said, who heads Anafé (national association for border assistance for foreigners).

The leader of France’s far-right party, Marine Le Pen called for the expulsion of migrants, “it is necessary that these ships which bring migrants recovered at sea to safety bring them back to their port of departure.”

Another disembarkation in France “is a situation that must not happen again,” said SOS Méditerranée. The NGO stated that it will go back to the sea “because there have been more than 20,000 deaths since 2014 in the Mediterranean sea and we do not accept that this sea becomes a cemetery.” Médecins sans Frontières also indicated that its rescue vessel, the Geo Barents, will resume operations.