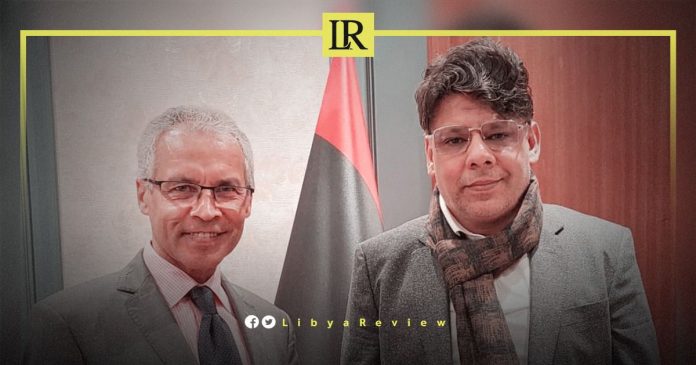 According to Mihraje, Al-Sour informed him about “his tremendous task to build a strong rule of law, and to put Libyan citizens under the protection of the law”.

In turn, the French diplomat said that he was “fully supportive of Al-Sour’s actions through training, and sharing experience.”

Last week, members of Libya’s High Council of State (HCS), Abdul Rahman Al-Sweihli, Mustafa Al-Tariki, Naima Al-Hami and Youssef Al-Ahyool appealed at the Supreme Court against “the unconstitutionality of the Libyan Parliament’s Resolution No.2 of 2021, regarding appointing Al-Siddiq Al-Sour as the Attorney General.”

Notably, a number of MP’s met with Al-Sour in Tripoli, to “show support for his great efforts in achieving justice and combating corruption.”

The Libyan Parliament said in a statement on Tuesday, that the meeting dealt with the important role played by the Attorney General. The MP’s expressed their “rejection of the campaign carried out by ‘certain parties’ against the Attorney General, and the other judicial agencies.”

Notably, the National Commission for Human Rights in Libya (NCHRL) has expressed its rejection of “campaigns of incitement, abuse, and questioning of the legitimacy of the judicial power structures, led by the Office of the Attorney General.”

Earlier this month, the Head of the HCS, Khaled Al-Mishri called on Al-Sour to “open an investigation into the Prime Minister of the Government of National Unity (GNU), Abdel-Hamid Dbaiba and prevent him from travelling until all investigations are completed.”