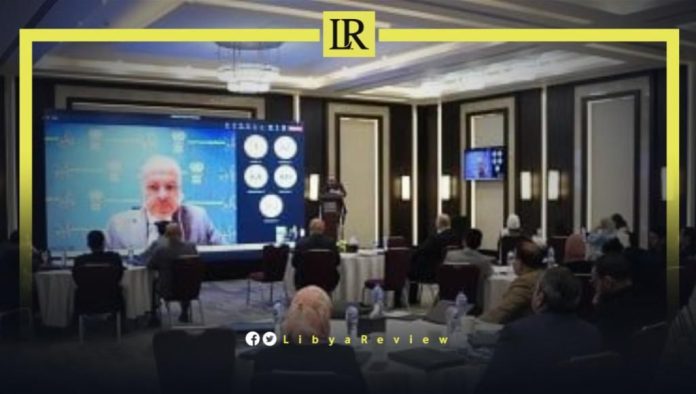 Cairo hosted extensive talks for the “Cyber Libya” project, an initiative of the Central Bank of Libya (CBL) to form a legislative structure for electronic transactions. This would establish a serious digital transformation, and open the way for safe investment through the cyber domain.

The talks were held on Tuesday and Wednesday, in partnership with the Central Bank of Egypt (CBE) and the UN-affiliated ESCWA committee. It was also attended by legal, electronic payment, information security, lathe management, and e-marketing experts.

According to a statement published by the CBL, leading institutions in the cyber and financial field participated in the event. The statement referred to a review of the results of the final work of the Cyber Libya project team, which lasted more than a year.

In an interview with Bloomberg, Al-Kabir said Libya needs to “enact sweeping development plans and diversify the economy, which is heavily reliant on energy exports.”

“Output needs to be at least 1.4 million barrels per day if we want to make a shift in Libya’s economy,” Al-Kabir told Bloomberg from the capital, Tripoli.

Libya is currently pumping about 1.2 million, which Al-Kabir described as “not enough to cover hikes in government spending, should crude prices fall below $70 a barrel.”

“The CBL supports the government’s efforts to boost output in solidarity with the international community, and to fill the shortage in energy supplies caused by the Russia-Ukraine war,” he added.

Al-Kabir noted that the NOC had received about $1.7 billion this year for unspecified development projects. “More oil income would allow Libya to expand development and infrastructure projects, stimulate the private sector, and diversify the economy and sources of income,” Al-Kabir added.