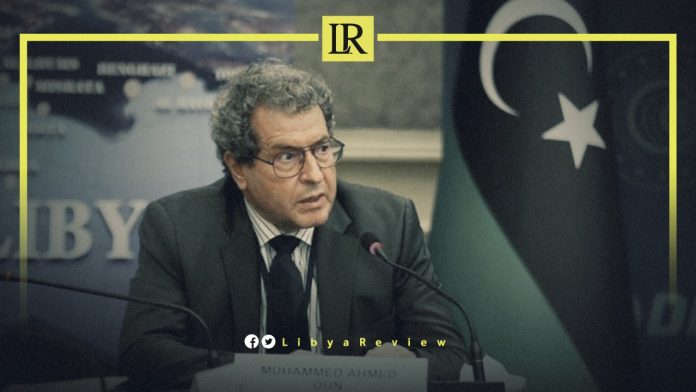 On Saturday, the Libyan Ministry of Oil and Gas stressed the “need to not undermine the existing oil agreements, as they were approved by the highest executive authority in the country.”

This comes in response to the National Oil Corporation’s (NOC) proposal to amend the agreement concluded with Italy’s Eni.

In a statement, the ministry said that “entering into negotiations regarding amending existing oil agreements can be done only after a number of steps and procedures are taken.”

It explained that “this agreement was concluded in 2008, under which the Libyan state’s share will be 60% and the foreign partner will get 40% for a period of 10 years.”

The Ministry stated that “the partner’s share is reduced to 30% after the stipulated time period has passed, which means that there is an actual increase in the state’s share by 8%,” according to the statement.

It noted that “this ratio of the production’s share is what is recovered through the capital costs of the project, and there is no additional share over this ratio for sharing the production,” the statement read.

On Thursday, the NOC announced the resumption of an agreement signed in 2008 with Eni, to compensate for an expected shortage in Libya’s natural gas production in 2025.

In its statement, the NOC made “a clarification regarding the negotiations with the Italian Eni company, for the percentage it obtains from the production of natural gas fields in marine areas A and E.”

A few days ago, a controversy escalated over the re-signing of a gas production investment contract in offshore fields between the NOC and Eni.

The NOC said, “this agreement was signed in 2008. In 2013, the commercial advertisement for the project was issued, but for various reasons, it has not been implemented until today.”

The NOC “held a meeting on 24 August with Eni’s administration, during which it demanded the implementation of the project. Eni hesitated initially because of political and security concerns, and after many meetings, it responded.”