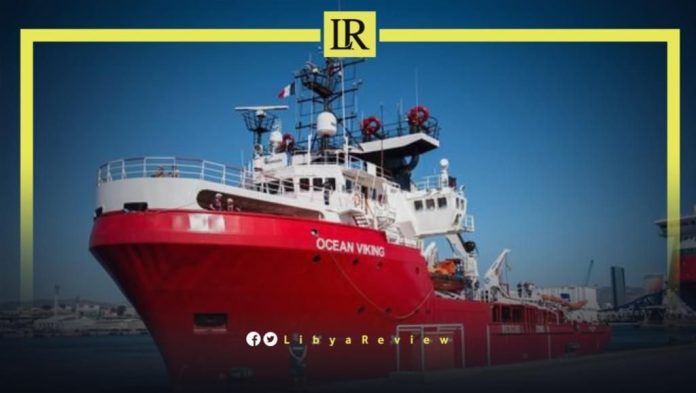 Italy has allowed the Ocean Viking humanitarian ship to dock at an Italian port, and disembark 113 migrants coming from Libya, the SOS Mediterranee said according to the Associated Press.

The humanitarian vessel, run by SOS Mediterranee, was at the centre of a standoff between France and Italy in November, when Italy’s new government under Prime Minister, Giorgia Meloni blocked access to its ports.

The 230 migrants on board at the time were eventually allowed to disembark in France after spending weeks at sea — heightening tensions between the two countries, according to the AP.

On Tuesday, SOS Mediterranee said the ship had been permitted to dock at the port of Ravenna in northeastern Italy. The migrants on board were rescued overnight Monday, in international waters close to Libya. As the boat carried out its first rescue operation since docking in France last month.

Among those who had been rescued were 23 women including some who were pregnant, according to the NGO. As well as around 30 unaccompanied minors and three infants. The youngest being three weeks old.

Last month, the International Organization for Migration (IOM) said that 20,842 migrants, attempting to cross the Mediterranean to Europe, were rescued and returned to Libya in 2022.

In a report, the IOM confirmed that 678 children and 1,089 women were among the surviving migrants. Over 514 people died, and 865 migrants were reported missing.

“Libya will not act as policeman for Europe to confront illegal immigration,” said Omar Keti, the Undersecretary of the Libyan Foreign Ministry.

In press statements to Italy’s news agency NOVA, Keti added that Libya is “coordinating with Italy to develop a Mediterranean strategy on migration through clear mechanisms.” He indicated that the migration crisis is “complicated and has many aspects, and requires study and participation from all countries. For us, it is a matter of national security.”

Keti pointed out that Libya has been “calling for establishing real development inside migrant origin countries, in sub-Saharan Africa. We have called for the creation of job opportunities with projects funded by the destination countries of Europe, without placing migrants in countries of transit.”