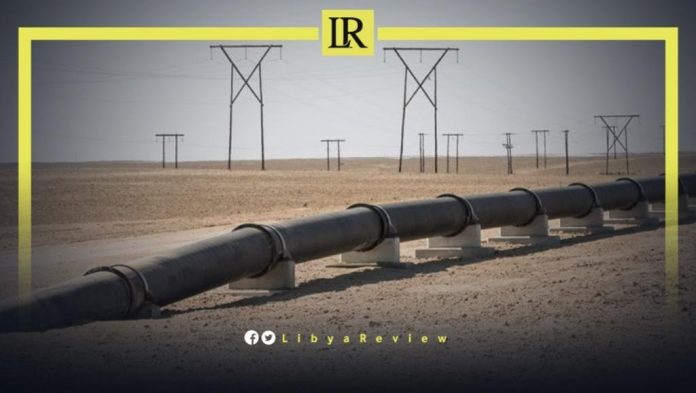 On Monday, Libya resumed exports of gas to Italy, up to levels of 7-8 million cubic meters per day. This comes after protesters interrupted operations on 5-6 January, according to the Italian Nova news agency.

Citing operational data from the Snam map, Nova highlighted that the Libyan gas arrives at Gela, in Sicily, from Libya’s Mellitah via the Greenstream pipeline. This is over 500 kilometers in length, with an hourly frequency of approximately 330,000 cubic meters.

On 5 January, Mellitah Oil & Gas, an operating company jointly owned by the Italian company, Eni and the Libya National Oil Corporation (NOC), denied that a fire had broken out in the Mellitah oil and gas treatment plant on the western Libyan coast.

The company said that production operations were proceeding “according to approved safety standards and procedures”.

Last week, Libyan protesters shut down a major gas pipeline run by Mellitah, in western Libya. The pipeline exports the highest proportion of gas to Italy, and other European countries.

According to sources in the NOC, the shutdown came against the backdrop of protests by citizens in the eastern region of the country. These denounced the government’s failure to meet their demands.

The sources indicated that dialogue is now underway with the protesters to allow workers to enter the field, and continue their work.

The NOC has recently announced the appointment of about 1,500 graduates of public universities and higher institutes, who hold degrees in oil majors, across the country.

A group of youths from the Jalu region (east of the country) protested the NOC’s decision, claiming that “their region’s share of such appointments is small, although it is the most affected by the neighbouring fields.”

In a statement, the NOC stated that an investment of $8 billion dollars will “once again bring Libya to the fore and will attract investors from the oil and gas sector, which will lead to the progress of the economy, creating many job opportunities, and increasing levels of income.”|

Libya has recently experienced a recovery in oil production, with it currently standing at around 1.2 million barrels per day. This followed a deal between rival political factions to lift an oil blockade, but this recovery has been limited by the ageing infrastructure and a lack of funds. The government is therefore keen to attract major oil companies such as Eni and BP.

In October, the Head of the NOC, Farhat Bengdara said that they have agreed with Italy’s Eni and BP to begin extracting natural gas from a Mediterranean gas field believed to be bigger than Egypt’s huge Zohr field.